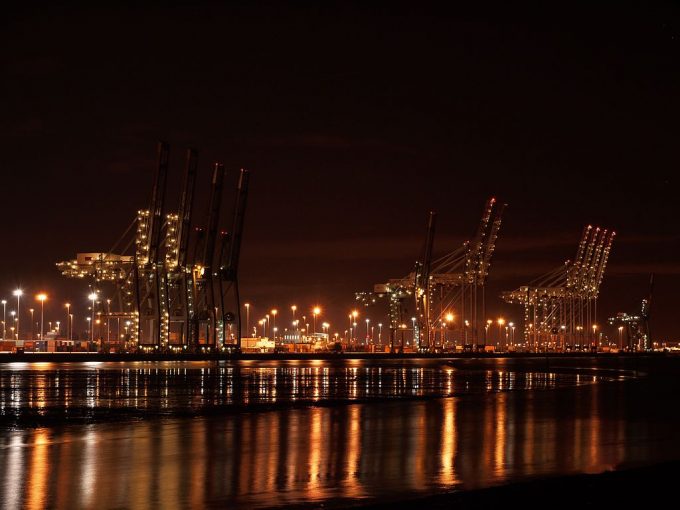 More ultra-large container vessels (ULCVs) are likely to be diverted from UK ports as Felixstowe and Southampton struggle to cope with the annual peak season surge, impacting the working programmes at other North European container hubs.

One carrier source that services both ports told The Loadstar all its UK calls would be “under the microscope” this month, due to the worsening quay and landside congestion.

“We can’t afford to have our ships sitting at anchor for days and then being forced to cut and run when we eventually do get alongside,” he said.

Yesterday the Ocean Alliance partners advised they were cancelling this week’s planned call of the 20,388 teu Ever Goods at Felixstowe, resulting in some 3,000 containers of imports destined for the UK Christmas market being transhipped at Rotterdam, which could delay their arrival on retailers’ shelves by several weeks.

Earlier THE Alliance members had pulled Thursday’s call of the 20,180 teu MOL Truth at Southampton, diverting it to London Gateway today for import discharge before it goes on to Hamburg.

And the congestion crisis at UK ports is having a knock-on effect at other North European ports, and beyond.

Giuseppe Lamberti, a manager at Salerno Container Terminal, said: “It’s incredible the impact of this on North European shipping trades; carriers, consignors and even terminals have been affected by the Felixstowe failure. I never thought that my firm’s container throughput might be affected by the capability of another terminal to implement in good order a new TOS [terminal operating system].”

The IT failure at Felixstowe, which began in June, has resulted in a number of ship diversions and in some cases the temporary transfer of services to other ports.

Arguably, the problems at Southampton can be traced back to the issues at Felixstowe, however it has also highlighted the additional difficulty container ports have in handling off-window ULCVs.

In a new discussion paper released by the International Transport Forum (ITF), entitled Container Ship Size and Port Relocation, the author, the OECD’s Olaf Merk, suggests the influence of the orderbook rush for mega-ships (defined as over 18,000 teu) has yet to be fully realised.

“The impacts of the newest wave of container vessels only start to become visible, as many of these mega-ships have not been delivered yet,” said Mr Merk.

Notwithstanding the adaptations needed to ports to physically handle the ULCVs, such as longer quays and container cranes with more outreach, the larger ships mean more containers on each call, which said Mr Merk “increases the peak and through effects”.

Moreover, the ITF’s studies clearly demonstrate that the arrival of an ULCV is “associated with higher yard occupancy, more feeder traffic and truck and train movements”, added Mr Merk.

According to the ITF, based on current industry dynamics, by 2025 some 10% of all container vessels will have a capacity of 14,000 teu or more.