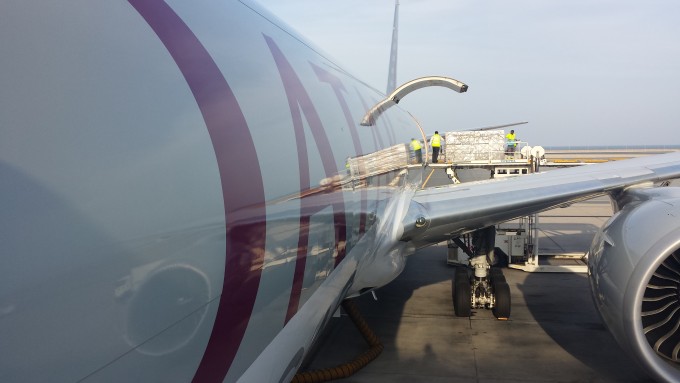 Qatar Airways chief cargo officer Guillaume Halleux talks to The Loadstar about the first days of the pandemic, profiteering and “appalling” unethical behaviour in the market

“The biggest challenge was sleep deprivation.”

When the Covid-19 pandemic hit the world last year. Qatar Airways, like its rivals, was busy with the business of air transport. Like its rivals, its business changed overnight.

Guillaume Halleux, chief officer cargo, explains what it was like.

“It was total unpredictability. You woke up to 80% of capacity going, overnight. There was not enough room at the airport for all the planes – airports are not designed to be parking lots and it’s a small country.

“The next day, we unparked 20 aircraft, as we wanted them for cargo. It was unpredictable.”

“We were hit by Covid very hard. In May, 53% of our 1,700 staff contracted the virus or were in quarantine. Running operations with 50% of your staff absent is a true headache.

“There were delays and other issues – but our customers were very understanding. We were the only carrier flying with decent capacity, but it was a big challenge and had to be done in a disorganised way, people had to start working from home at the same time, taking desktops from their cubicles and so on. But we were fully operational the next day.”

The airline made full use of its resources, with the cargo division taking on cabin crew – especially Chinese speakers.

“The China cargo team was drowning, and we had catering staff join us too as they had nothing to cook. We worked it out, but there is no book for this. We kept going on adrenaline, resilience and the support of 2,000 people.

“Cargo was a lifeline for QR, it was the only part of the business bringing in money.”

He sums up: “When I retire, I think my farewell speech will be on Covid – I am very proud of what we have done.”

And Qatar has done well to keep its network going. It now operates 180 daily cargo flights, up from 60 pre-Covid, while 2020 saw tonnage at the carrier rise 4%. Passenger flights have reached 200 a day. The airline opened seven passenger stations, eight cargo stations – and reinstated seven other destinations, after the blockade against Qatar by other countries was lifted – a move that has cut costs.

“The ending of the blockade is really a big deal,” explains Mr Halleux.

“I can’t comment on geopolitics, but shortening routes is a huge benefit. Well, it’s back to normal, the way it should be. But the reversal of the blockade has significantly reduced our costs. It also enlarges our network, but in the current climate, I didn’t need more markets!”

And, he says, it’s now “business as usual in the new normal”.

Air cargo, famously, had a strong year in 2020 – rates soared to never-before-seen highs. In sea freight, authorities stepped in to try to cap rates, but in air freight, governments, in particular during the search for PPE, contributed towards a race to the top.

Should airlines – despite the cash bleed from passenger divisions – have tried to limit rates; what rate is called “profiteering” rather than “opportunism”?

“There is no price that is too high, if the market is prepared to pay it,” says Mr Halleux. “But if you add a layer of ethics to your thinking, would some of those high prices be an abuse?

“Yes, I think it is unethical to go over a certain level, but I don’t know what that point is.

“A typical charter, pre-Covid, from China to the EU would be about $300,000. We reached levels that were multiples of that; I saw quotes from other airlines of $1.5m into the EU, or $2m into the US.”

Qatar, which has a strong sustainability programme, decided in early May to cap rates.

“We froze them at a certain level – nowhere near $1m for Asia-Europe – for PPE, medical equipment and so on, and you had to prove you had PPE. But for garments, hi-tech, etc, we followed the market rates.

“I was saddened and appalled by the behaviour of some forwarders who would claim it was medical – and then 90% of their shipments were hi-tech, and flown at the lower price.

“Even when you try to do something good, you get into such situations. It says a lot about humanity. But it is what it is, it’s unavoidable.” 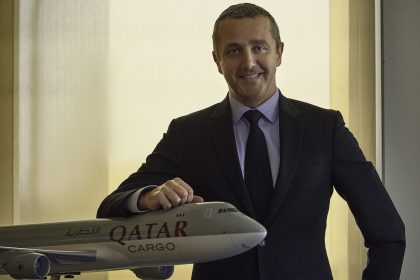 And did Qatar treat its own suppliers with that ‘ethical layer’? With airlines reporting cash burn in the region of $70m a day (American Airlines), costs had to be cut, admits Mr Halleux.

“We looked to renegotiate handling contracts: you want my business? Give me an offer. We didn’t force anyone.

“[Suppliers] need to bet on one of the few carriers that will emerge stronger. QR is a safe bet. It’s not easy to get our business, we are very big in many stations. We can’t really shop around, there are only one or two in each place that can accommodate us.

“Is it ethical? I don’t know. But I know what I am losing. And they signed off on it.”

Next: Qatar Airways Cargo on technology, and sustainability.