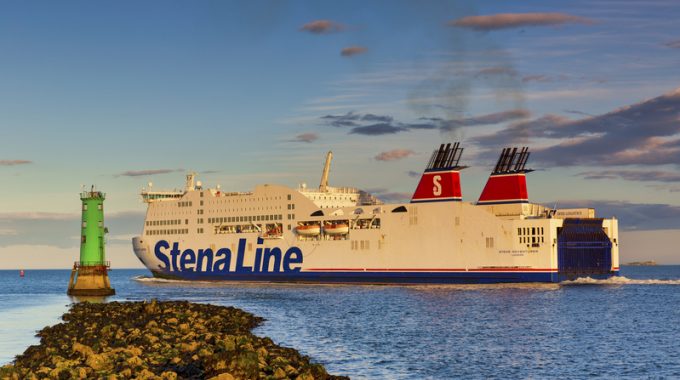 “Volumes have increased to ports in Scotland, Northern Ireland and England, but stepping back I can see huge market distortion,” he told the MPs

“It’s market distortion on a big, big scale, with volumes between the Republic of Ireland and Wales down roughly 50%. We expected a quiet first week of January, but by week three we realised routes into Northern Ireland were recovering far quicker than those into the republic.

“We now find ourselves at this hiatus with routes into the republic down 50%, but NI-GB direct roughly the same, perhaps even marginally ahead.”

Mr Davies said the change had been brought about by Northern Irish businesses that historically moved goods through Dublin opting to ship cargo through ports in Scotland because of additional complexities, cost and time.

MD of DFDS Northern Ireland Nick McCullough told the committee the decision by traders to take other routes was causing some concern for the ferry company, compounding what had been a difficult start to the year.

DFDS operates four routes between Ireland and Rotterdam – three of which are from Dublin, Waterford and Cork, and one from Belfast. He confirmed that Northern Irish volumes had been hit since the beginning of the year.

“We saw a significant impact from 1 January, with turnover down 23% and GB-NI volumes down 32%, to the point that we had days that felt like a disaster,” said Mr McCullough. “Last year we saw an 18% increase in business, so the figures for this January show a significant impact to our business and to profitability.

“It’s still slow and the recovery is far slower than expected, to the point that we are taking it day by day. There was no light in the tunnel on 1 February, but now we’re seeing glimmers.”

However, he added, for a business that operates on low margins, the current level of uncertainty could not go on for much longer, and said it was imperative that volumes started returning as soon as possible.