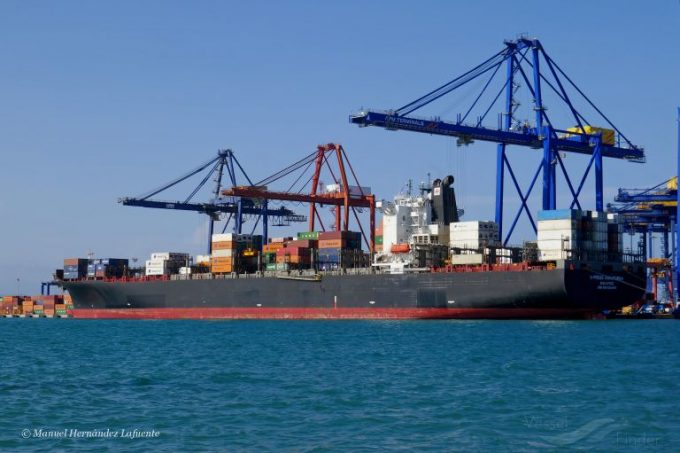 Singapore-based tonnage provider OM Maritime is considering an order for 7,000 teu container ships to be built at Chinese shipyards.

The company’s managing director, Subhangshu Dutt, told The Loadstar, “We have been considering ordering some 7,000 teu ships but no decision has been taken yet. If we do so, it will be for long-term charter to third-party operators.”

Several liner operators and tonnage providers have been showing interest in 7,000 teu ships, which are commonly deployed to mid-haul lanes such as Far East-Persian Gulf, Far East-South Asia and Far East-Australia/New Zealand.

These lanes have been neglected by mainline operators, due to much higher freight rates on the longer-haul Asia-Europe and transpacific routes.

Last week, Seaspan was said to have swooped for ten 7,000 teu ships at Waigaoqiao, reportedly for long-term charter to ONE.

Mr Dutt, formerly an executive with Pacific International Lines, also confirmed to The Loadstar that OM Maritime had recently purchased two 5,000 teu ships, the 2004-built Maine Trader for $54 million from Lomar Shipping and the 2006-built S Santiago for $58 million from Cyprus Sea Lines.

In the first half of this year OM Maritime bareboat-chartered nine boxships from US investment company Oaktree Capital Management, which had acquired the pre-owned vessels. The ships were subsequently time-chartered to Dubai-based feeder operator Sea Lead Shipping, which operates services in Asia, the Indian subcontinent and the Persian Gulf.

PRESS RELEASE  Atlas Corp To Be Acquired By Poseidon Acquisition Corp For $15.50 In Cash Per ...