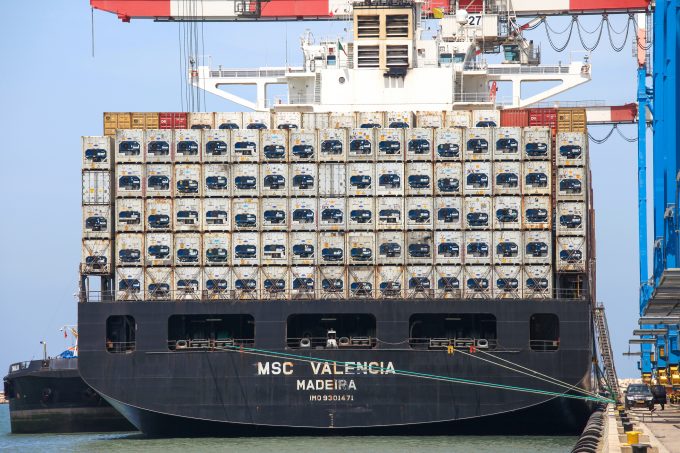 Conventional reefer ships that played a critical role in shipping perishables during the pandemic could be forced into retirement by new International Maritime Organization (IMO) pollution regulations.

Both new regulations came into force this month, but with relatively modest emission limitation requirements in the first year, they will become more rigorous in subsequent years.

According to Dynamar’s latest reefer market report, conventional reefer bulk vessels are “old and fuel-hungry” and it adds: “Their competitive advantage of being able to provide faster transit times, with their direct sailings [rather] than containership operators with their liner services and hub and spoke format, will be lost.

“Already, demolition is at a relatively high level and it is likely to rise even further.”

Reefer container capacity was constrained during the pandemic, creating a lack of the certainty required for goods whose market value can be all but lost after long delays.

Reefer rates in containers did not rise as much as the dry box market and, with the complexities involved in handling reefer goods, many carriers preferred to carry dry cargo. And for conventional reefer operators this was an opportunity.

“Due to a lack of container space, shippers were desperate for shipboard capacity and turned to reefer specialists happy to carry their boxes on deck or breakbulk cargo in their holds, at a premium of course,” said Dynamar.

According to Dynamar statistics, most containership operators are involved in reefer trades through having reefer plugs on their ships, but only ten cover the major north-south trades – down from 15 a decade ago – and of those, only five lines cover “almost all routes”. 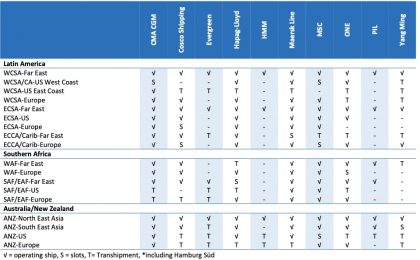 Dynamar reports there are 144 loops connecting southern hemisphere producers to northern consumers, down from 146 in 2021. However, average capacity has fallen to 5,400 teu from 5,600 – but more concerning is that the average number of reefer plugs has declined to 700 from 860 in 2021.

And with some 3.5m teu in reefer capacity, mainly in 40ft high-cubes, Dynamar says the reefer box fleet “does not keep pace with the number of available plugs on ships”.

According to major perishables forwarder Easyfresh, the reefer industry faces challenges in 2023. It expects a high level of merger and acquisition activity in the cold chain logistics sector, while the remaining logistics companies will invest in ‘smart technology’ in an effort to gain a competitive advantage.

However, the implementation of smart tech will be advanced with a dearth of labour as employee shortages persist into the year.

Finally, volatility in the reefer goods market will challenge planning, but with the shipping sector now largely free from congestion the flow of cargo should be more predictable through the seaborne supply chain, said Easyfresh. 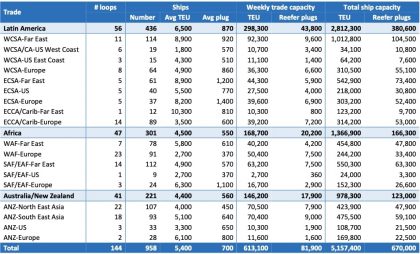