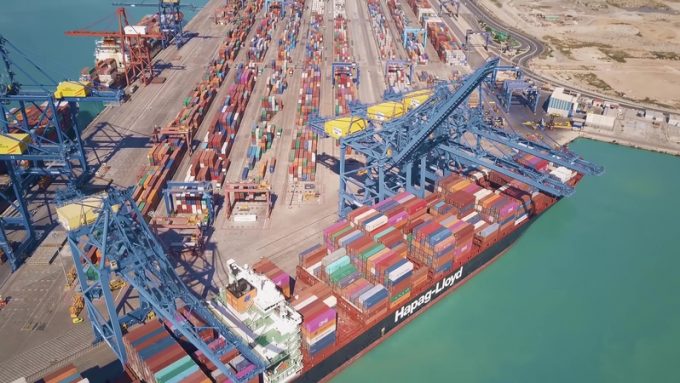 Carrier expectations of a rule-enforced ship-scrapping bonanza – and capacity reduction of around 10% – are “overblown”, according to consultant Alphaliner.

It says this will put shipping on course for a period of overcapacity and low freight rates.

Predictions from some carriers that the IMO’s new carbon intensity indicator (CII) will result in a 10% decrease in the world fleet are exaggerated, Alphaliner said, suggesting “the real fallout will likely be smaller, and it will only ‘creep’ into the maritime transport chain, rather than materialise overnight in 2023”.

This means container shipping’s record orderbook – at 7.4m teu, some 30% of the current fleet – will negate any rate increases seen as a result of vessel decommissioning, or CII-related slow-steaming, added Alphaliner. Some 2.32m teu of newbuildings will hit the water next year and a further 2.81m in 2024.

Meanwhile, Alphaliner anticipates “some 5% of vessels” will be inactive by the end of this year as demand declines.

The consultant said quirks of the CII model unduly penalised smaller vessels, as they tend to spend less time in service, thanks to shorter voyages and more time at berth, giving them artificially worse performance statistics than larger ships.

This means large boxships are likely to be cascaded onto trades that call for smaller ones, adding to overcapacity dynamics, as well as artificially inflating CO2 emissions on such trades.

The current CII regime, which has recently drawn major criticism from Maersk, MSC and Hapag-Lloyd, could also incentivise a vessel to “slow-steam in circles rather than wait at anchor” in some cases, said Alphaliner.

Meanwhile, the Covid-related boom cycle, during which vessels were ordered, is winding to a close. With ports returning to pre-pandemic productivity levels, rates normalising and weak economic indicators in many countries, shipping may be looking at a prolonged period of “structural overcapacity” and weak rates.

“The orderbook is so large that, despite the various capacity reduction measures, the market will not be able to avoid oversupply for a few years,” Drewry’s head of container shipping research, Simon Heaney, told The Loadstar.

“We are not expecting EEXI/CII to significantly impact capacity, as ships are already slow-steaming. Other than some ships needing to fix engine power limiters (easily done in a regular port call) ,there will not be much practical change.”

However, Mr Heaney said faster decarbonisation could follow as a side-effect of depressed rates.

“We are expecting demolitions to ramp up to near record teu levels to counter the down cycle. An inevitable consequence being the composition of the fleet becoming younger and greener.”