News / Northern Sea Route: a time-saver, but unpredictable and risky for box ships 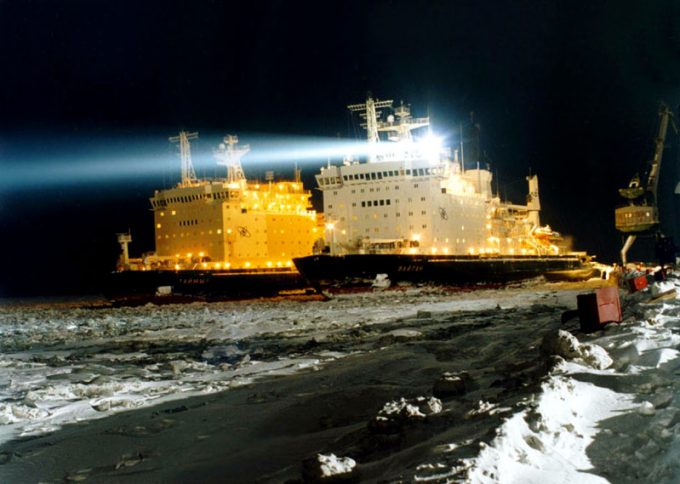 This month it was revealed that transit traffic on the Northern Sea Route (NSR) – the trans-Arctic shipping lane that runs from Norway’s northernmost reaches to Russia’s Pacific coast and Asia – had increased 66% from January to November, year on year.

However, 15 icebound vessels had to be rescued this week by nuclear icebreaker Vaigach and its diesel-fuelled sister Novorossiysk, after an unseasonably early freeze.

It trapped the multinational group of bulk carriers and general cargo vessels and threw into sharp relief the unpredictability of the fledgling shipping channel.

While Russia claims year-round NSR transits will be possible within the next three years, that is disputed by John Hammersmark, director of emergency preparedness at the Norwegian Shipowners’ Association.

“The impression people have, that there’s no ice up there, is simply not true,” he told The Loadstar. “You will find ice there even in the height of summer, and it comes in quite fast with the wind and weather.

“There are only three months they call ‘ice-free’. I would seriously advise people to understand the challenges.

“It’s not only ice and weather – it’s shallow waters on long stretches of the route, islands. Maps for that area are not detailed, navigation is challenging and communications are very bad.

“Whether you face ice sheets, you can still meet floating chunks of ice, which necessitates using a ship designed to operate in that environment,” Mr Hammersmark explained.

And there is much still to be done about the capabilities of local search and rescue, and it is unclear what will come first – this capacity or ship traffic, he said.

“We’ve had some fishing vessels up by Svalbard that have been stuck, where you have days to help out. But for an immediate situation, where you have to [evacuate] people from a vessel, there will be scarce resources because of the incredible distances,” he added.

“Satellite coverage is nearly non-existent when you go north of Svalbard,” Mr. Hammersmark explained. “Operators have to use the same type of sat-phones polar expeditions use.”

However, this is set to change at the end of next year, when Norway will launch two new communications satellites into Molniya-type polar orbits to enhance the capabilities of local broadband and communications.

But when it comes to giant containerships steaming by diminishing ice sheets, the public relations optics are bad, and among carriers, the NSR itself divides opinion.

CMA CGM has taken an unusually forthright stance, declaring unequivocally it will not use the route. CEO Rodolphe Saadé said in August 2019: “CMA CGM makes the resolute choice to protect the environment and the planet’s biodiversity, despite the major competitive advantage this route represents.”

MSC and Hapag-Lloyd have both followed suit.

In contrast, Maersk appears content to make quiet, occasional transits of the NSR, while Cosco sent its first containership through in 2013 and has shipped plenty of project cargo this year, with plans for much more by 2030.

Russia itself is targeting NSR throughput of 80m tonnes annually by 2024. Minister of the Far East and Arctic Aleksei Chekunkov recently told Russia’s RBC newspaper that subsidies would be needed to address shipping companies’ “lack of confidence” in the route.

Arctic sea ice is contentious issue, but there is an environmental argument for using the NSR: it cuts 40% off the transit distance from China to Northern Europe, and one-third of associated CO2 emissions.