News / No relief for perishables shippers: reefer rates will stay high into summer 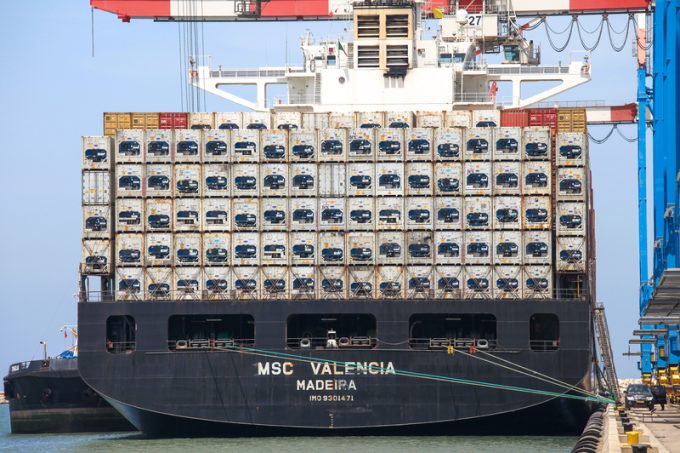 From 1 April, Hapag-Lloyd will raise rates for general and reefer containers from Egypt to Latin America, while higher rates will kick in at MSC for cargo going from Australia, the Middle East and the Indian subcontinent to the US as well as from the US to Latin America.

Like general 20ft and 40ft ocean containers, reefer units have been in short supply, lagging demand because of the slower circulation of boxes caused by reduced productivity at ports owing to Covid-19 measures and the ensuing congestion at terminals.

However, the problems struck the reefer sector disproportionately hard as a result of faster growth in demand compared with general merchandise, according to Drewry Shipping.

Last August, the consultancy forecast 3.7% annual growth for the sector, to reach 156m tonnes by 2024, compared with annual growth of 2.2% for general cargo over the same period.

But shippers around the world are struggling to get their hands on enough boxes to move their perishables, and transit times have been severely disrupted.

Shipping produce from Chennai to Thailand now takes 45 days or more, as opposed to 18 days before the disruption. Likewise, transit times for seafood moving from South-east Asia to Japan have risen dramatically and, in addition to reefer shortages, a lack of available plugs at transit stations has hit this traffic.

According to the Australian Dairy Products Federation, the dairy industry in the state of Victoria has faced delays of up to a month for its exports, and North American produce shippers have vented bitter criticism of shipping lines, accusing them of rushing empty boxes to China rather than fill them with US exports because of the higher margins on the eastbound transpacific sector.

In December, Hapag-Lloyd stopped accepting 40ft reefer bookings for empty pick-ups from five central European countries until the end of the year. And the new year has brought no visible relief so far. On the contrary, inspections of reefers by Chinese authorities for traces of the Covid-19 virus have logjammed thousands of containers in Chinese ports, according to Drewry.

The situation is little better on the roads. In the US, trucking firm RPM Logistics recently diagnosed that “the ongoing supply chain disruption and the higher-than-average spot rates are very much a part of the reefer distribution story”. It advised shippers to plan for steep transport costs from a lack of reefer trailers in the market.

The company reckons the distribution of Covid-19 vaccines will further undermine availability of reefer trailers for perishables.

Meanwhile, equipment manufacturers are straining to boost output. In its latest Container Market Outlook, last month, Drewry predicts output of reefer containers will be at record levels until 2024. Last year, an estimated 300,000 teu of reefer capacity was added to the global pool – roughly in line with the average output of recent years.

Reefer equipment shortages are not new in the industry: over the past couple of decades, there were several spells of shortages, most recently in early 2018. The current predicament is expected to continue to plague the industry for some time yet. Most predictions of reefer equipment availability issues see no improvement at least until mid-year.