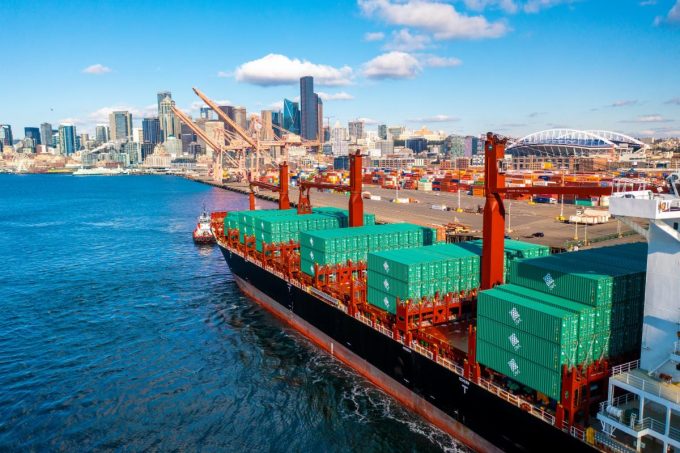 NVOCC UWL has launched an express service from Vietnam to Seattle, claiming niche liner services are “here to stay.”

Operated by Swire Shipping, Ohio-based UWL said the exclusive bi-weekly service would depart Ho Chi Minh City and arrive at the port of Seattle in 18 days, making it the “fastest trip from Vietnam to the US”.

Furthermore, UWL claimed, the agreement with Swire marks the “first dedicated ocean service by an NVOCC in the trade”.

Earlier this month, UWL opened an office in Ho Chi Minh, noting North American container volumes from Vietnam had increased 32% in 2021, adding: “That growth is projected to increase as the industry looks to diversify its trading routes.”

Post-lockdown, Vietnam has certainly had a strong start to the year, in terms of trade growth, with imports and exports up 14.4% in Q1, to $176bn.

One forwarder told The Loadstar this was putting pressure on capacity, with rates “still high and equipment still scarce”. Freight rates to the US east coast are around $16,000 per feu, he said.

The strong demand has prompted ambitions for Vietnam to control more of its own container capacity on intra-Asia tradelanes, while Cai Mep port is set for a major expansion.

Like UWL, other independent players have seen the opportunity to launch their own capacity from Vietnam, such as the Ellerman City Liners service, also from Ho Chi Minh.

UWL’s Mr Wright said: “We have seen incredibly strong demand for our service already, which tells us that fast and reliable niche services are here to stay.”

Linerlytica analyst HJ Tan pointed out that Swire also operates the same Vietnam-Seattle rotations with DKT Allseas and Ceva Logistics, which both take slots. However, he added: “These [niche] services will not be competitive when the market normalises, but that will be a while.”

Likewise, a cargo owner in Singapore questioned the long term viability of niche services, asking: “When major carriers inject capacity again, will they still run their own services? It fills a gap now, but it’s not a long-term solution.”