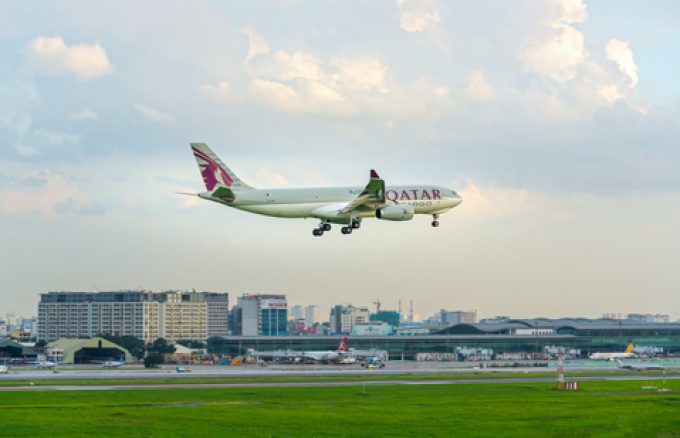 As ex-Vietnam airfreight demand dwindles, freighter airlines are cutting capacity from the country with rates down to pre-Covid levels.

Furthermore, the rapid change in market conditions has prompted one local start-up cargo carrier to suspend its application for an airline license.

Jan Segers, general manager of Noatum Logistics Vietnam, said: “Vietnam airfreight rates have dropped to pre-Covid levels, and now most of the export capacity is from passenger flights which are largely leaving empty [of passengers], and so have plenty of room to carry cargo.”

According to Andrew Chen, country manager of Vietnam for Dimerco, key players such as China Airlines, Korean Airlines, Eva Air, and Qatar Airways have started cutting capacity by 15-20%, since September.

He told The Loadstar: “The airlines are reducing freighter frequency for exports from both Ho Chi Minh and Hanoi, with a goal of maintaining full passenger flight belly loads.”

Demand for exports such as apparel, shoes, and furniture have dropped month by month in the second half of the year, Mr Chen explained, due to high stock levels and inflation in the US and Europe.

“Most traditional manufacturing export orders in Vietnam have been cut by about 30-50% in volume, and electronics by 10-30%. Electronic goods are facing low demand as the new Samsung and Apple model smartphones are not selling as well as expected,” he added.

“There will not be a traditional peak season in Q4, and the downtrend is likely to extend into Q1 2023.”

The airline, which had already received its first freighter and planned to launch as early as September, reportedly said it would end the process of obtaining an airline license because “air cargo fares have dropped to affordable levels, for both FDI and other firms engaging in international trade.”

IPP said it would resume its plans “when the market stabilises.”