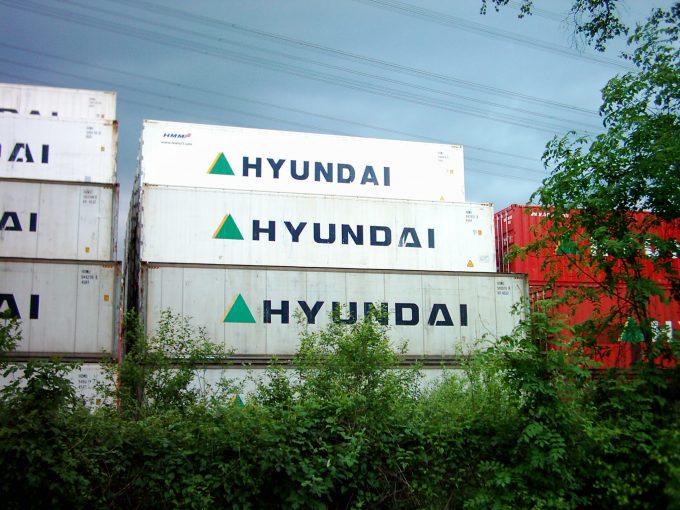 Less than a week after Taiwanese container line Yang Ming reported its first net profit in 10 quarters, media today reported that the carrier is on the verge of ordering ultra-large container vessels (ULCVs).

The unconfirmed reports follow industry rumours last week that Hyundai Merchant Marine (HMM) was about to join the ranks of CMA CGM and MSC by ordering 14 22,000 teu vessels.

HMM has since denied the reports and Yang Ming has yet to respond, but with Asian yards desperate for new business, carriers may be tempted by heavy discounts.

It is highly unlikely that HMM would be in the running to order new ULCVs, given that it is only a slot charterer on 2M’s Asia-Europe trade, where 18,000 teu-plus ships are the new normal.

And Yang Ming, notwithstanding its parlous financial health, its partners in THE Alliance seem unconvinced by ULCVs.

Indeed, Hapag-Lloyd inherited its six 18,000 teu class and 10 15,000 teu class ULCVs from its takeover of UASC and has since said that it has “no plans” to order any new vessels.

Jeremy Nixon, the chief executive of the soon-to-be-merged Japanese container carriers K Line, MOL and NYK, is also not a fan of the behemoths. At the TPM Asia conference in October, he said: “I am not convinced by the big ships. I don’t believe that is the way forward.”

While CMA CGM, MSC, Maersk, Cosco, OOCL and, latterly, Evergreen are clearly convinced of the economy of scale advantage of ULCVs, consultant Drewry this week suggested that the overall benefits could be limited.

Last year, Drewry undertook a simulation study on the operational and financial impact on stakeholders in the supply chain, including terminal operators and ports, as ship sizes increased above 18,000 teu.

It said: “The study found that scale economies from megaships only work for the total supply chain if terminals can increase productivity in line with increases in vessel size.”

Its analysis found that the total system cost savings between an 8,000 teu and a 16,000 teu vessel “peak at only 5% of total network costs and economies of scale diminish as vessel sizes rise beyond 18,000 teu”.

Nevertheless, Drewry’s model did back up the liners’ strategy that the carriers can achieve theoretical cost savings of over 20% between operating an 8,000 teu vessel and an 18,000 teu ULCV.

However, that benefit increases only marginally once sizes rise to the 22,000 teu mega-ships now deployed by OOCL.

“Companies with the most logical reasons to order ULCVs probably won’t, whereas companies that already have plenty are the most interested in adding to their fleets. The supposed prestige of being the biggest carrier appears to be outweighing economic sense at the moment,” Drewry said.