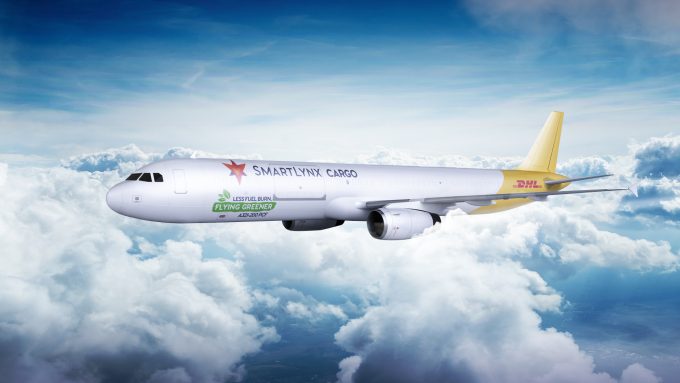 Air freight rates may have fallen back slightly – but remain high, while demand is also strong.

New data reveals volumes only fell by half the normal amount over Chinese new year, and this ‘new normal’ is attracting cargo entrants.

DHL Express announced today that leisure airline Condor would fly four of its passenger 767s on its behalf. From Leipzig they will operate to Shannon, Milan-Malpensa and Cologne until the end of May.

“We began flying more cargo last year and continued to build on our air freight expertise. And we’re very pleased now to be working together with such an experienced partner in DHL Express,” says Condor COO Christian Schmitt.

“The partnership also demonstrates Condor’s ability to adjust to unusual situations and to make an important contribution to maintaining international supply chains.”

Condor has been transporting cargo since last April, with 14 of its 16 767s carrying freight at one point. It has trained a cargo team, although it stresses it is continuing to fly passenger traffic.

However, market observers have questioned how long cargo-only passenger flights would be able to operate as the cost of fuel rises and makes them uneconomic.

It was also announced yesterday that DHL Express has partnered with SmartLynx Malta to introduce two A321-200Fs into the integrator’s fleet.

SmartLynx, part of Avia Solutions Group, the same stable as Chapman Freeborn, has also decided to enter the freighter market.

SmartLynx Malta is planning to add two A321Fs this year and up to four during 2022, with, it said, a business target of becoming one of the largest narrowbody cargo freight carriers within the next three years.

Meanwhile Aerotranscargo, the Moldovan operator based in the UAE, is to launch a Dutch freighter operator in the Netherlands to be led by former head of Saudia Cargo Peter Scholten and ex-Martinair executive Frank de Jong.

The new Dutch entity will lease aircraft from Aerotranscargo in the UAE and services with two 747-400Fs will start this summer to China, Hong Kong and the US.

Mr Scholten said he hoped to grow the carrier to 10 aircraft and the venture would create between 100 and 125 jobs at Schiphol.