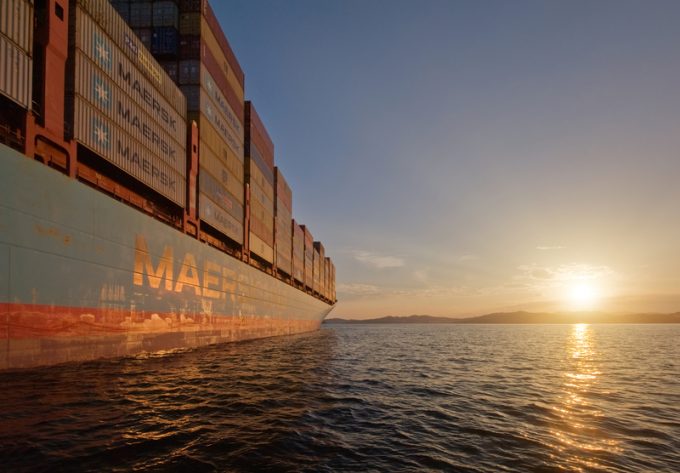 Transatlantic demand continues to be hit by the pandemic, obliging carriers to extend voyage-blanking programmes and putting rates under pressure.

2M partners Maersk and MSC announced today they were extending the suspension of their TA4/NEUATL4 transatlantic loop to the end of September outbound from Europe, and to early October from the US.

Maersk said the service suspension was being extended “due to continued market demand reductions in North America and Europe”.

The loop, which has been suspended since May, deploys five vessels with an average capacity of 5,300 teu and has a rotation of Antwerp-Rotterdam-Bremerhaven-Liverpool-New York-Savannah-Port Everglades.

Alphaliner said demand recovery on the route was taking longer than on the two other east-west trades.

“Whereas most blanked sailings have been reinstated on the transpacific and extra sailings are now being offered from Asia to North Europe to accommodate all the cargo volume during the short summer peak period, more void sailings in September have already been announced for the transatlantic trade, as cargo demand is still affected by the Covid-19 pandemic,” said the consultant.

It said average weekly capacity in the tradelane in July was 6,650 teu, or 4.8% less than offered in the same month last year.

Alphaliner said Maersk and MSC had “made the biggest efforts to reduce capacity”, with the 2M withdrawing 18.2% in July compared with the previous year. In contrast, the THE and Ocean alliances only reduced 5% and 1.6%, respectively, of their capacity during the month.

Nevertheless, MSC remains the largest individual carrier on the transatlantic, with a market share of 29.1%, above the 2M’s 23%, due to its other services operated outside its alliance cooperation with Maersk.

Hapag-Lloyd is the second-largest carrier on the trade, with a market share of 22.8%, having increased its offering by 8.3% in the past year, noted Alphaliner.

Freight rates on the transatlantic tradelane are known for their robustness, a contrast to the volatility often seen on the transpacific and Asia-Europe, but they are now coming under intense pressure. A UK-based NVOCC told The Loadstar there were some “silly discounts” being offered in the market.

“The cargo is just not there at the moment, and I’m beginning to wonder if it will ever return, with all the virus problems going on in the US,” he said.

Looking ahead to September, before the 2M announcement eeSea data was showing just four blanked sailings out of a proforma total of 191 for the month.

The 2M is the only alliance that has suspended a transatlantic loop so far, but the weakness of the market suggests other carriers will need to follow suit to prevent a rate collapse.