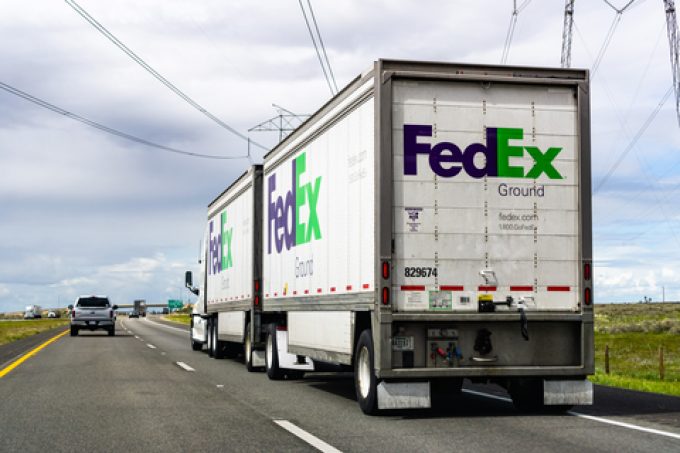 The battle between FedEx and the largest contractor of its FedEx Ground unit has veered further into absurd theatre.

Following a lawsuit by the integrator against him, recently dismissed contractor Spencer Patton has now launched a poll of contractors that centres around a vote of no confidence in unit CEO John Smith.

Mr Patton is head of Patton Logistics, which until recently employed drivers to run a fleet of 275 trucks working for FedEx Ground in ten US states, which made him its largest contractor.

He rose to prominence a few weeks ago with a public call for FedEx to lend financial support to its contractors, arguing that increased costs from fuel, labour and maintenance were driving about one-third of them to financial ruin.

He followed up his rallying cry to fellow contractors with the founding of the Trade Association for Logistics Professionals (TALP). This is supposedly open to any logistics contractor, but at this point it is essentially an umbrella organisation for FedEx Ground contractors who share Mr Patton’s dissatisfaction with the remuneration they receive from the company.

TALP has accused FedEx of boosting its own margin by 30% by holding on to the fuel surcharge it levies, instead of passing it on to the contractors to pay for their fuel costs, a claim the integrator refutes.

At the event, he announced he would have to shut down his contract operation the day after Thanksgiving unless the integrator provided some financial assistance.

TALP had previously warned that over 30% of FedEx Ground contractors had either walked away from the business or would soon be forced to do so, leaving the integrator in a position where it would be unable to deliver parcels in a timely manner during the peak season.

On 26 August, less than a week after the gathering in Las Vegas, FedEx sued Mr Patton, accusing him of spreading false and misleading information about the company and its relationships with contractors for the benefit of his own business.

In addition to the trucking operation, he offers consultancy, brokerage and other services, most of them tied to the FedEx contracts. Under the business model FedEx Ground uses for linehaul and delivery contractors, providers purchase the rights to operate territories and are free to sell them to third parties.

Later on the same day, FedEx announced it was terminating its ties with Mr Patton’s firm with immediate effect. It said his operation covered less than 0.5% of the FedEx Ground network and contingency plans were in place to replace his trucks.

This week, Mr Patton reacted through TALP’s poll of FedEx Ground contractors. The poll comprises six questions, including whether contractors have confidence in Mr Smith to continue leading the ground delivery unit, if they fear retaliation from the company for voicing criticism of it, about their profitability levels, whether they are satisfied with the compensation they receive and if they have been able to renegotiate contracts.

FedEx has not commented on the poll and the implied referendum on Mr Smith.

Dean Maciuba, managing partner of Crossroads Parcel Consulting, thinks neither the referendum nor the lawsuit against Mr Patton will have any significant impact. Contractors have suffered margin erosion for years, but FedEx Ground’s margins have also been on the decline, he noted.

In the summer, FedEx announced curbs in Sunday deliveries in sparsely populated areas, as a gesture to contractors to address some of their margin erosion, but the company is firmly opposed to dealing with interest groups like TALP or unions instead of negotiating directly with individual contractors, Mr Maciuba said.

He reckons the company will likely raise their margins in upcoming contract negotiations.

In its lawsuit against Mr Patton, FedEx Ground claims it has accepted 40% of renegotiation requests from contractors since the beginning of July and ended up raising contractual payments in over 90% of those cases.

Mr Maciuba doubts that over 30% of FedEx Ground contractors would turn their backs on the company. Under FedEx contingency policy, existing contractors would step in to take over territories of those that walk away from their contracts. Some would probably treat this as an opportunity to increase their business, he said.

As for concerns among shippers that service levels at FedEx Ground might deteriorate in the event of an exodus of contractors, customers have had ample reason for dissatisfaction with the two large integrated parcel carriers, given their aggressive focus on boosting margins, but they feel stuck owing to a lack of alternatives.

Emerging rivals like LaserShip and OnTrac, which recently launched a nationwide network, have scant capacity to take on large volumes of new business at the moment. This allows FedEx to hold its line and make small concessions to individual contractors without a significant shift in its strategy.

The fireworks with Mr Patton’s TALP create an element of drama, but they are not likely to change anything.

Parcel delivery firm LaserShip has taken a huge step towards establishing a US-wide network with ...