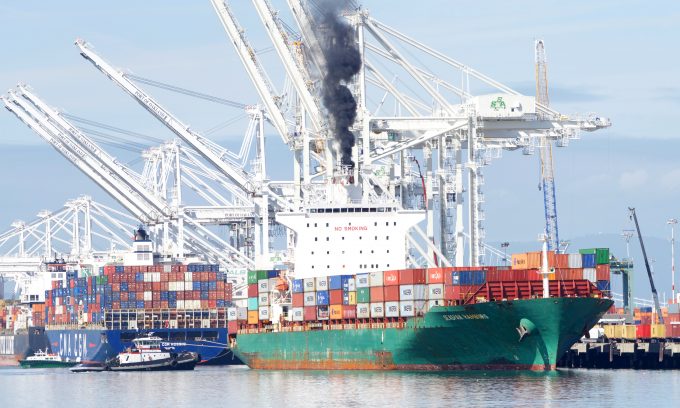 Launched by the Business Environment Council (BEC), the signing of the LCC commits the Danish shipping line to meet Paris Agreement decarbonisation goals that are in line with achieving warming levels no higher than 1.5 degrees C above pre-industrial levels.

Maersk will commit to the science-based initiative and implement policies that will achieve those targets and, in addition, the carrier will disclose the progress it has made towards these targets on an annual basis.

IMO decarbonisation targets have been criticised for lacking the required intensity to achieve the Paris Agreement targets. The IMO has agreed to reduce greenhouse gas emissions by 30%, compared with 2008 levels, by 2030 and by 50% by 2050. But some scientists believe the latest scientific evidence shows that the industry must move further and faster to maintain global warming below 1.5 degrees C.

Daan Slotema, head of legal at Maersk Asia Pacific, who signed and received the certificate on behalf of Maersk, said: “Decarbonisation is a strategic imperative for our industry. We are intensifying our efforts to achieve our ambition of becoming carbon-neutral by 2050 and support our customers to decarbonise their supply chains. Hong Kong is one of the world’s leading maritime hubs and I am pleased that we can take part in this significant task, which requires collaborative contributions from the shipping and logistics sector.”

On Tuesday, Maersk announced it had ordered a series of up to a dozen 16,000 teu dual-fuel ships that will operate on diesel and so-called green e-methanol, or bio-methanol. The production of e-methanol has been criticised by some environmentalists who say when carbon is captured it is irresponsible to re-release it into the atmosphere.

Other green lobby groups have criticised shipping industry moves, such as using LNG as a transition fuel to meet 2030 targets, as the “costly use of another fossil fuel”, while adding that the major move to decarbonisation will come when carbon pricing is added to the cost of shipping.