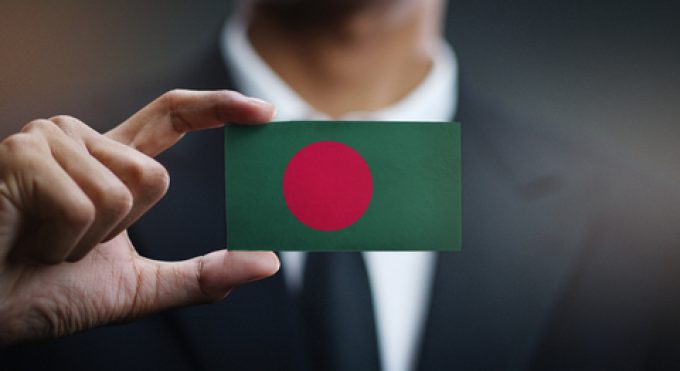 Bangladesh air freight forwarders are in a dilemma over the exchange rate of the US dollar against the local currency, the taka, which is costing them some Tk4 to Tk5 (about $0.04) per dollar when they pay airlines.

The forwarders are demanding that the freight rate should be fixed in the local currency instead, as it is in some other countries, including in South Asia.

On Monday, they wrote to the governor of the central bank saying due to conversion rate differences, they are incurring a huge financial loss, which is threatening their existence.

They added that, owing to a global fall in demand, the shipment of goods by air had fallen significantly and there was little cargo to handle.

Dhaka is now seeing fewer freighters because of the weak demand, and the number of passenger flights has also dropped, said Nasir Ahmed Khan, director of the Bangladesh Freight Forwarders Association.

Big day for a big ship

For the first time, a 200-metre vessel with a 10-metre draught will berth in Chittagong port on Monday, part of the port’s effort to accommodate larger vessels and enhance productivity.

A 200-metre vessel will be able to carry nearly 4,000 teu, and port spokesperson Omar Faruk said the authority would soon issue a circular informing all shipping companies the port was ready to accommodate this class of ship.

He said the more containers on a ship, the better the port’s turnaround time and productivity, and added that costs for shippers would also fall.

UK-based consultancy HR Wallingford has helped the port authority to find ways to accommodate larger ships. It revealed that if more dredging could be done at points of the outer anchorage, as well as some engineering works at the Gupta Khal area of the river, vessels of up to 225 metres, with an 11-metre draught, would be also be able to berth.

In a major development, Bangladesh’s shipping ministry has banned 69 Russian ships from the country, following the attempt of the Ursa Major to berth in Mongla Port last month after changing its name and paint, as it was on the US sanction list following Russia’s invasion of Ukraine.

These 69 ships are owned by seven Russian groups or entities and are facing US sanctions. Recently the US forwarded the list of the 69 ships to Bangladesh and requested it not to let any of them enter its waters.

The Ursa Major tried to enter Bangladesh carrying equipment for a Rooppur nuclear power plant; it was sent back to India without discharging the goods.

Bangladesh’s inland container depot owners, clearing and forwarding agentsand the customs authority are at loggerheads over the ‘dual delivery’ of import containers from port yards and depots.

The 19 privately owned depots on the bay in Chittagong handle 38 kinds of import containers, and almost all outbound containers, and say they are not getting enough boxes to handle, as import and export volumes have fallen in recent months.

When the port was facing huge congestion, the port authority also allowed deliveries of boxes to importers directly from port yards, bypassing the depots, in a bid to reduce the stockpile of containers at the ports.

However, since the Russia-Ukraine war began, imports and exports have fallen drastically, but the dual delivery system has continued and the depots say they are losing their handling fees on boxes being delivered straight from the port.

In late December, the customs authority extended the dual delivery for six months in response to an appeal by the Customs and Forwarding Agents Association – but the depot owners have strongly protested.

They are demanding the immediate cancellation of the dual delivery system to secure theyr “survival”, claiming with fewer import containers to handle, they are incurring huge financial losses.