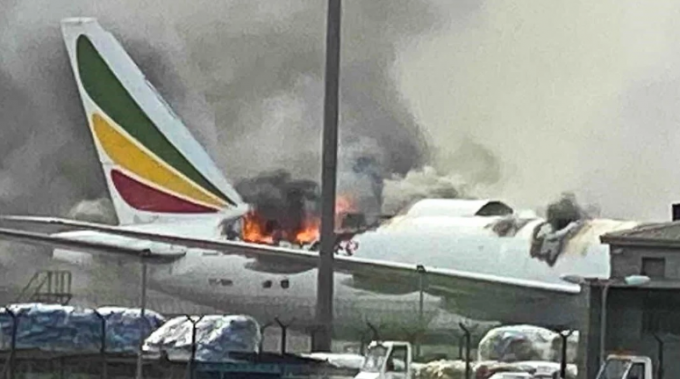 A fire onboard an Ethiopian Airlines 777 freighter at Shanghai Pudong this morning has again triggered questions on the safety of lithium batteries and cargo mis-declaration.

As yet, there is no information on how the blaze began, but 100% cargo screening in Shanghai could make it easier to determine the cause.

One source with boots on the ground at the airport told The Loadstar there were three pallets of lithium batteries listed on the manifest, for loading in China for export.

“This calls into question IATA’s support for allowing these batteries on passenger aircraft,” said one aviation expert.

Lithium ion and lithium metal batteries are prohibited on passenger aircraft, and there are strict rules on their carriage on freighters. But there have been problems with undeclared counterfeit batteries, poor packaging and mis-declared batteries.

IATA has argued in the past that it is these types which cause problems, and which will get onto aircraft despite measures against them, while legitimate manufacturers will lose out.

The increasing prevalence of lithium batteries in modern goods makes the regulations harder to enforce. Dangerous goods specialist Peter East & Associates warned in The Loadstar last week that new rules allowing powered scooters to be used in many countries could lead to a spate of dangerous shipments. Scooters need to be shipped in line with lithium battery regulations – but many new shippers may not know the rules.

The fire on Ethiopian’s aircraft was put out without harm to life, but investigators – and the carrier – will want to find out the exact cause.

“Ethiopian has collaborated with all concerned authorities and contained the fire. The cause of the incident is under investigation by the appropriate authorities.”

While Ethiopian has a good safety record, one of its 787s caught fire at Heathrow in 2013, said to have been caused by two bare wires touching location equipment. That fire spread through the cabin and burned through the fuselage.