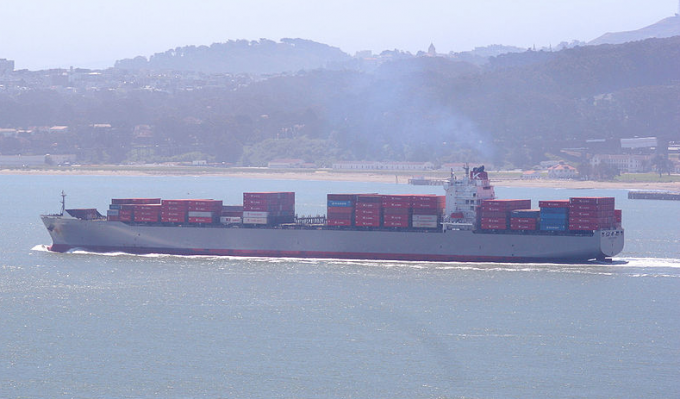 K Line has reached an “amicable settlement” with APL Logistics following the claim that APL employees had given customers false information over K Line’s financial health.

K Line filed a lawsuit at the Tokyo District Court in December 2016, demanding damages for emails that had claimed that K line was in danger of going bankrupt.

The emails were sent shortly after Hanjin went bankrupt and the market was reeling from the impact – and concerned about the possible failure of another carrier.

K Line said APL Logistics and its parent company, Kintetsu World Express, had “expressed their regret and responded sincerely, and now we and APLL have reached an amicable settlement in relation to that claim”.

K Line had said the misinformation had damaged both its reputation and financial performance, as clients had indeed cancelled or suspended bookings.

APLL noted on its website in September 2016 that “a small number” of employees had conveyed opinions to customers, but were in the process of retracting them.

The firm said at the time: “APL Logistics Group states unreservedly that it is not our practice to comment on the financial position of other market participants.

“APL Logistics Group therefore does not endorse the comments made by these employees.”

After Hanjin entered receivership on 31 August, 500,000 teu of its cargo worth an estimated $12bn was left stranded at ports and across 100 containerships, causing mass disruption to supply chains and leaving shippers concerned over the transport of their goods.

Shippers and forwarders have faced challenges moving project cargo over the past year. For shipments that ...

HMM finally sails into the black after 21 quarters, but half-year is still red

After 21 consecutive quarters of negative results, HMM has finally moved into the black. The carrier ...

We are 'well insulated' from this charter market crash', says Danaos CEO

Short-term containership charter rates have plunged by up to 40% since the beginning of the ...