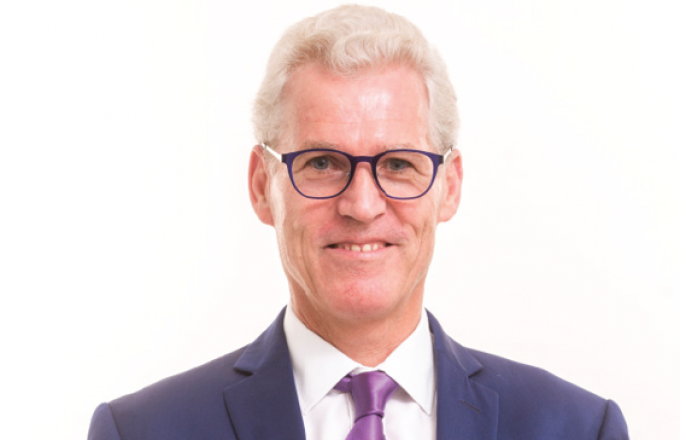 Pan-Japanese liner group ONE is to invest $20bn on new containership and terminal acquisitions over the next eight years.

At an online media conference today, CEO Jeremy Nixon (above) said 150,000 teu of newbuilding investments would be made annually, to 2030.

“That process will replace ships due to come off-charter and help to improve our overall efficiency in slot costs and reduce our carbon footprint.”

ONE is said to be in the process of finalising orders for ten 13,000 teu ships to be equally split between Imabari Shipbuilding in Japan and Hyundai Heavy Industries in South Korea.

Mr Nixon said: “Last year, 75% of our fleet was chartered from our shareholders and, by 2030, this will be reduced to 20% …this is why we need to replenish our future ship requirements.”

The newbuildings could be fuelled by hydrogen, ammonia or methanol, to align with the company’s green strategy, he added.

ONE’s investments in container terminals will involve transferring assets from its parent liner companies. Formed in 2017 of the container businesses of MOL, NYK and K Line, Japan’s biggest shipping groups, ONE was intended to build synergies to overcome the difficult conditions in the container market at the time.

Mr Nixon noted that, after a loss in ONE’s first year of operations, the company had been profitable ever since, and a net profit of $15.4bn is expected for fiscal year ending 31 March – a near five-fold increase on the net profit of $3.48bn achieved in FY 2020.

He said: “From January to December 2021, ONE achieved a pre-tax profit margin of 53%, compared with the industry average of 40%. That indicates we are in the right place against our competitors, even though some of them are much larger than us. But that’s a key focus for us to stay forward.”