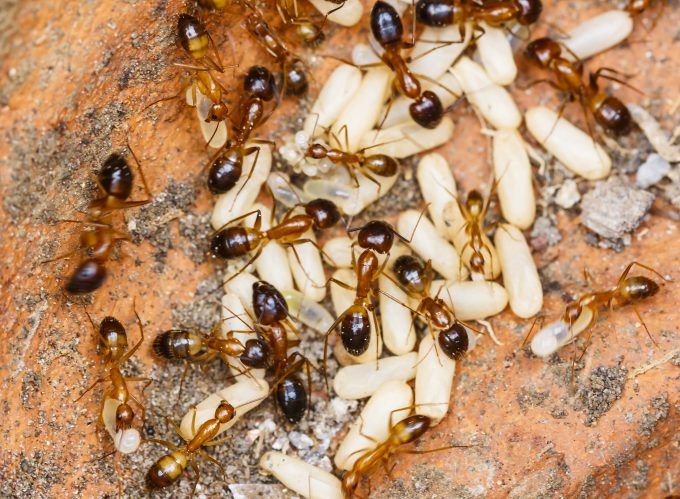 Members of the International Plant Protection Convention (IPPC) are pushing for the industry to clean every container transported by ship, with certification that it has been cleaned, to prevent the spread of invasive species.

According to the five-member Cargo Integrity Group (CIG), the IPPC has become impatient with the maritime industry, which was meant to develop a workable plan to deal with the spread of pests like the Khapra beetle, Asian gypsy moths and fire ants.

In an effort to develop a workable system, the IPPC established the Sea Container Task Force five years ago, which is due to report back by the end of this year on progress made by the industry in an area that could see the cost to economies run to billions of dollars.

In the absence of a workable alternative to protecting against pests, the IPPC favours a blanket regulation that “could have a similar detrimental effect on supply chains to the Covid pandemic”, according to James Hookham, of the Global Shippers Forum.

Industry figures believe the IPPC would prefer to “err on the safe side” rather than allow the possible destruction of millions of dollars of crops. But the CIG believes the IPPC has not allowed the maritime sector sufficient time to develop a more nuanced system.

According to Mr Hookham, the CIG has promoted the CTU Code, which is a non-mandatory code for the packing of containers, along with the Quick Guide check list to help those that pack containers to understand the problems involved.

“The IPPC has seen these measures as ineffective and wants the industry to act more decisively,” admitted Mr Hookham, but he added that international trade had not been normal since the pandemic.

“The IPPC has not given us a fair chance to make the system work.”

Richard Steele, newly appointed head of the International Cargo Handling Coordination Association (ICHCA), and another CIG member which has been designated as the point of contact with the IPPC, believes there needs to be a fair distribution of the costs involved in implementing new procedures for the cleaning of containers.

All the CIG members agree that the IPPC’s blanket clean-all-containers approach would be unworkable in today’s maritime and supply chain industries, and the group favours a more targeted approach.

“The industry as a whole needs convincing of the real risks and challenges involved,” said Mr Steele. If the message is too vague it will be difficult to get the necessary traction, he explained.

“Companies want to know that we’re not sitting on the bleeding edge, and that they’re [the only ones] doing all the bleeding,” explained Mr Steele, outlining the fear of individual companies that they could be put at a competitive disadvantage.

Even so, regulatory authorities are waking up to the threat posed by invasive species, and the maritime sector and the rest of industry involved in international supply chains will need to sit up and take notice.

The Loadstar reported on the system developed by the Australian Department of Agriculture Water and the Environment (DAWE) to deal with the Khapra beetle.

Peregrine Storrs-Fox of insurer the TT Club, believes this system could be a blueprint for dealing with invasive species.

“It is a risk-based approach that takes into account the seasons, the geography and the characteristics of each pest concerned, with a targeted approach to dealing with the pest,” he said.

The TT Club, a member of CIG, would allow trade to continue while also dealing with what Mr Storrs-Fox described as a “significant global problem”.

The DAWE told The Loadstar: “The Khapra urgent actions are designed specifically to address the emerging risk of Khapra beetle, considering its biology, likely mode of arrival and its establishment risks. The Khapra policy is based on scientific principles and is applied to the extent necessary to protect Australia’s agricultural industries.”

According to the calculations made by the DAWE the stakes are very high.

“If Khapra beetle was to establish in Australia, some trading partners may implement restrictions on the export of some stored products from Australia, such as wheat and grain. A widespread incursion could cost Australia A$15.5bn over 20 years.”

If that were to be multiplied by infestations across Europe, the US, Asia and Africa, the costs would be very much higher. But perhaps the greatest damage could be the destruction of substantial parts of the world’s ecosystems.

The IPPC was contacted for comment, but had not responded by the time The Loadstar went to press.