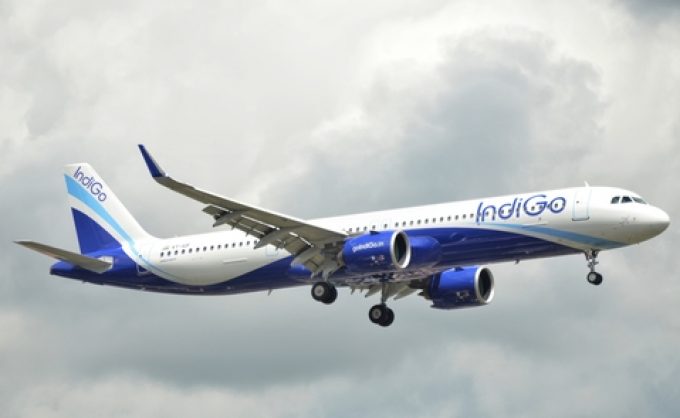 India’s largest private airline, IndiGo, has added its first dedicated freighter – a converted A321 – to its fleet, part of plans to become a major player in the country’s growing air cargo market.

The freighter would be used on both domestic and international routes, said IndiGo, which has three more passenger planes currently being converted to freighters at the ST Engineering-Airbus facility in Singapore.

These are expected to join IndiGo’s fleet next year. The reconfigured A321s offer 24 container positions across both decks and a payload of up to 27 tonnes.

“The aircraft is ideal for IndiGo, using our pool of A320-family pilots, and able to service markets between China in the east and the Gulf in the west, not forgetting the CIS countries to the north,” the Gurgaon-based airline said.

The airline already has a freight arm, CarGo, and reported a significantly narrower loss of $131m in the first quarter of fiscal year 2022-23, versus the $390m it lost a year earlier, thanks in large part to higher cargo earnings.

IndiGo operates a total fleet of more than 275 aircraft, operating more than 1,600 daily flights to and from 74 domestic destinations, as well as some 25 international airports.

The addition of the freighter comes as India’s air cargo capacity is swelling – Delhi-based Pradhaan Air Express and Chennai-based Afcom Holdings are among start-ups gearing up to launch dedicated freighter services.

“With the Indian economy doing well, we might see a capacity push from carriers,” Joy John, director of sea and air freight at Mumbai-based freight forwarder Jet Freight, told The Loadstar.

“With the expansion plan for building logistics hubs in Goa and Guwahati, there is a strong possibility of stronger exports/imports in the country, which will inevitably push  cargo capacity expansion,” he added.

However, he also noted that carrier pricing powers were under some pressure.

“We have seen rates to the US and Europe come down by more than 15% in the recent times,” Mr Joy said, “but they are expected to stabilise with the festival season approaching.”

According to available data, Indian airports saw freight volumes grow 27% year on year, to 3.1m tonnes, in fiscal year 2021-22, with international movements up 29%, to 1.9m tonnes.

DHL, in a recent analysis, struck an upbeat tone on India, saying the emerging market’s trade volume growth rate would likely double between 2021 and 2026 as global importers increasingly diversifed their sourcing outside China.

Amid positive demand signs and inflationary pressures, India’s only all-cargo airline, Blue Express, has announced a near-10% general price increase from January, while Blue Dart ended its Q1 (April-June) on a bullish note, registering a near four-fold gain in net income, as cargo volumes soared 51% year on year.

To keep pace with the growth, the carrier plans to add two B737-800s this fiscal year, at an estimated cost of $45m.