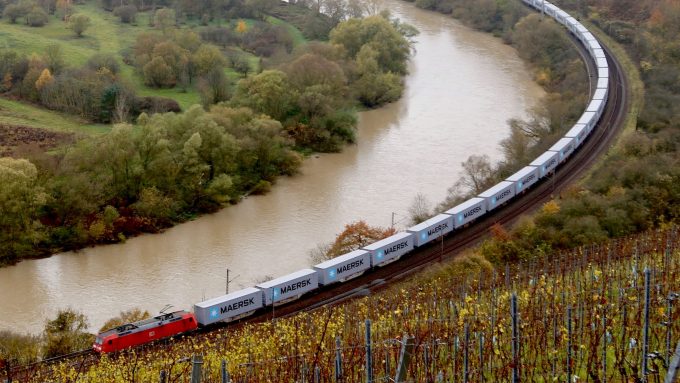 As the ocean freight capacity crunch rolls on, Maersk has launched a cross-country rail service in India.

Running over 2,000km, from Kolkata, in the north-east, to Nhava Sheva port in Mumbai, Maersk put on the dedicated train service for one of the country’s largest exporters of iron pipes.

Maersk said using rail allowed it to “overcome the challenges of space availability and connectivity, at a time when exporters were looking for ways to ship goods despite the capacity crunch in sea freight”.

It said its customer was facing no vessel connectivity for Doha-bound cargo.

Steve Felder, MD of Maersk South Asia, said: “By providing landside movement on rail, customs clearance and ocean shipping out of India, we have offered the customer a truly end-to-end solution. With the first successful run, we are now looking forward to scaling it up in the coming weeks.”

Freight forwarders in India told The Loadstar the container shipping situation continued to be “alarming”, with tight capacity and equipment shortages keeping rates high. Prices from Chennai to Hamburg and Felixstowe have tripled, to over $1,800 per teu, since April, according to local media, while rates to New York are as high as $4,800.

“Due to the mismatch between exports and imports, freight levels are still on the high side,” said Rakesh Pandit, CEO of Conbox Logistics. “Containers are not easily available, and except on Far East and Gulf tradelanes, shippers have to plan their cargo at least three or four weeks in advance, and even longer for ten or more containers in a single shipment.”

Bharat Thakkar, co-founder of Zeus Air Services, said the ports of Nhava Sheva, Chennai, Cochin, Tutticorin, and Kolkata all had space issues, with shippers having to wait two or three weeks for a booking confirmation.

And he added: “Sometimes the booking is confirmed, but we then have to update rates to our customers because certain shipping lines keep reviewing rates every two weeks by testing demand,”

The problems don’t end there, either. Mr Thakkar said trailers had been stuck in queues at container yards for up to three days, on a first-come, first-served basis, only to then find there is no equipment available – “Or when a trailer reaches the yard and is allocated a container number, we find either it is damaged, rusted or left dirty after import cargo was discharged,” he added.

He described the the container booking process as a “nightmare” for forwarders.

“By the time we are about to start stuffing, we get the news the port gate is closed, as carriers keep overselling slots. Then the shipper wants us to return the equipment, as their next sailing is a week later, and the carriers then charge us per day in US$ before we can return the same to the yard – which is entirely their fault due to overselling.”

Furthermore, the added costs and delays were having a knock-on effect through the supply chain, he said.

“For example, end-customers refuse to give extension orders and demand to fly goods instead, which is practically impossible due to the high airfreight rates,” said Mr Thakkar.

“Shippers are agreeing to offer discounts on FOB prices instead, as in turn it is understood that the overseas customers have to agree to pay late penalties to the retailers.”