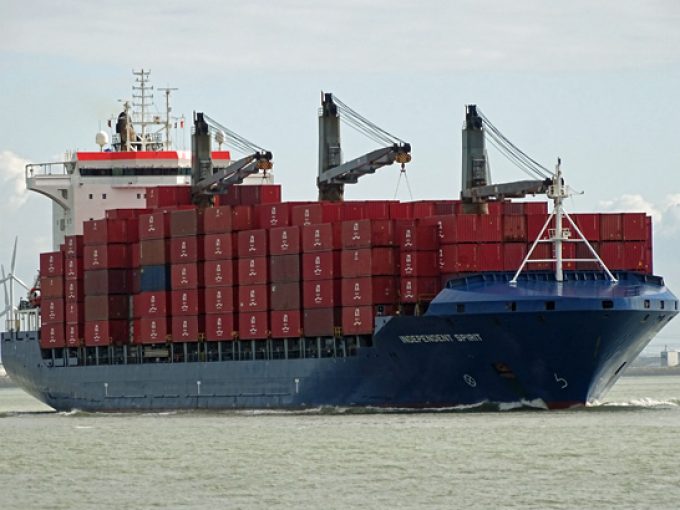 The US-headquartered, privately-owned shipping line has been serving Liverpool for the past 20 years, calling at the Mersey port along with Antwerp in a two-port North European hub strategy.

However, ICL claims deteriorating weather conditions in the North Atlantic have delayed its fleet of 2,500-3,000 teu ships and compelled the carrier to switch its UK call to a southern port.

“Each winter is bringing more weather challenges in the North Atlantic and keeping schedule becomes more difficult. This change will allow us to get back to 100% reliability year-round, which is a core pillar of our service offering,” it said.

The weekly call at Southampton will shift to a Thursday pm arrival for a Friday am departure, with the first ICL vessel at the DP World Southampton facility the eastbound call of the geared 2,546 teu Independent Spirit on 25 July.

In the US, ICL calls at the privately-owned Penn Terminal in Chester, Pennsylvania, and at Wilmington, North Carolina.

“We have planned and coordinated various intermodal options that will allow your cargo to be picked up and delivered,” said ICL in a customer advisory, adding that its representatives would “be in touch” to ensure a “seamless transition” to Southampton.

The advisory, signed by managing partners and founders John Kirkland and Dale Ross, said the line’s UK headquarters would remain in Liverpool.

One source at Southampton told The Loadstar today it was “common knowledge” that the ICL ships would be calling at the port, but suggested they might have to wait for a berth when bigger vessels operated by the alliances were off-window.

“I understand that they have appointed a port agent here to cover the ships’ husbandry, so that could mean a few agency staff worried about their jobs in Liverpool,” he said.

The loss of one of its oldest customers is a blow to the port of Liverpool, which in April celebrated winning a new WEC Lines service to Portugal, making the Dutch carrier its fourth liner capture this year.

They included Cosco’s slot share on subsidiary OOCL’s transatlantic service in April and the big one – the 2M’s TA4 transatlantic loop, for which Maersk and MSC agreed a permanent switch from Felixstowe in early January.

One Liverpool contact told The Loadstar he thought the 2M’s arrival was “a real watershed moment for ICL” and that their business had been “attacked by MSC in particular”.

ICL’s USP has been the service speed of its ships, which are capable of 22 knots, but if the carrier is still unable to keep to advertised schedules then it probably all comes down to price. With a high unit cost, compared with its rivals, it would have struggled to be competitive at Liverpool.

According to Alphaliner data, ICL, with a capacity of 11,291 teu on its four chartered-in ships, is the world’s 70th-largest carrier.