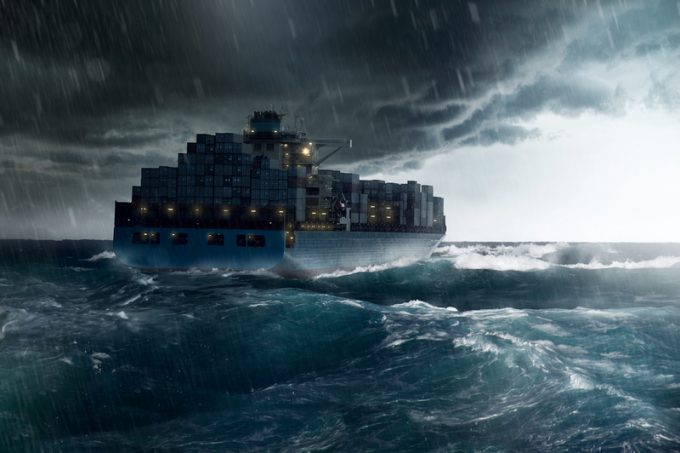 The path to complying with the IMO’s 0.5% sulphur cap regulations on bunker fuel in six months’ time will be “rocky” for carriers, and leave the maritime industry “shaken” according to new guidance.

Several shippers and forwarding agents told The Loadstar at Multimodal in Birmingham yesterday they were more concerned about the potential negative impact of IMO 2020 on their supply chains, rather than the prospect of additional surcharges.

One shipper said his main carrier from Asia had advised him to “book early” in Q4, as a lot of its vessels would be out of service for the fitting of scrubbers.

And in a note to its customers, Basel-based forwarder Panalpina said there was “considerable potential for supply chain disruption” due to “delays in fuel supply, denied port calls and retrofitting” of scrubbers.

“The regulators have laid out the rules, but the path for shipowners, operators and carriers to complying with the low sulphur limit remains rocky,” said Panalpina.

The forwarder is also worried about the quality and standardisation of the new blended low-sulphur fuels leading to supply chain disruption, a concern that container line operations managers have expressed to The Loadstar ever since the IMO officially confirmed the start date of the new global regulations, in October 2016.

Moreover, it flags up another potential disrupter emanating from IMO 2020: that from 1 March next year it will be illegal for ships not fitted with scrubbers to have any HFO (heavy fuel oil) in their fuel tanks. Thus there is the potential for further supply chain hiccoughs as vessel operators seek downtime to discharge the old fuel and have the tanks of their vessels decontaminated.

Panalpina warned its clients to “expect choppy waves” leading up to and beyond the IMO’s 1 January implementation.

The forwarder said it was expecting extra costs from carriers to start filtering through at the end of Q3, as the shipping lines start to replenish their vessels with the more expensive low-sulphur fuel.

Elsewhere, online digital freight forwarder iContainers believes the “maritime industry will be left shaken for at least a year following the implementation of the IMO 2020 regulation”.

International business development executive Aliona Yurlova, of iContainers, said: “There is also an expected 15-20% increase in rates and up to a 10% decrease in capacity.”

The firm said “many shippers remain unaware and unprepared to deal with [IMO 2020] consequences”, which it suggested would lead to “a higher risk of cargo getting rolled over at origin and a severe capacity shortage”.

Ms Yurlova’s advice for shippers is to plan their shipments earlier to mitigate any problems.

“For example, if a two-week cushion is the minimum required period for them to ensure a shipment goes smoothly, shippers should now consider planning a shipment three or even four weeks in advance, to avoid additional charges and their containers getting rolled,” she said.

M&A radar: Why Kuehne + Nagel will never, ever be taken over

And why the Swiss forwarder could still be around 100 years from now.