News / Hijacks, riots and rising costs – road freight in South Africa is 'on its knees' 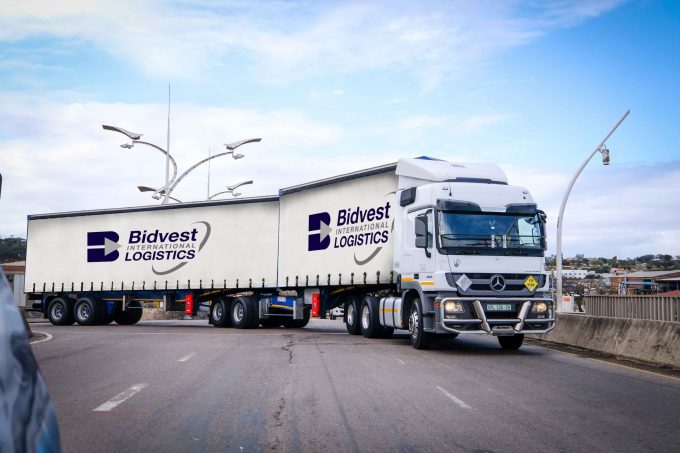 Last month, the South African Association of Freight Forwarders estimated that local importers were facing around ZAR1.4bn ($85m) in storage and demurrage costs accumulated during level-5 lockdown, with more than 20 000 containers piling up in storage facilities.

And reports emerged of queues of up to 13km along the ‘chrome corridor’ between Steelpoort and Maputo, with as many as 370 trucks waiting to cross the border and South African authorities processing the backlog in increments of only 4km a day.

Marcus Ellappan, director of road freight for Bidvest International Logistics (BIL), pulled no punches, describing road freight in the country as “on its knees”.

“There’s a regional imbalance of freight due to the decline in the economy, which means hauliers are battling to generate revenue, let alone operate profitably, especially on return loads.

“Protests by truck drivers against the hiring of foreign nationals are impacting the utilisation of assets, which also hits profitability. Some hauliers are now downsizing fleets as trucks stand idle – and with that, jobs are being lost.”

He added: “Complying with Covid-19 protocols has negatively impacted the costs of doing business, and often these costs aren’t recoverable.”

This comes on top of an increasing number of personal protective equipment (PPE) consignments being hijacked on the road or becoming a hot commodity for thieves at airports.

In March, the Transport Asset Protection Association (TAPA) said South Africa was the top spot in 2019 for high-value cargo theft, with a staggering figure of ZAR367m worth of cargo stolen, a 195% increase on the year before.

And, said Mr Ellappan: “There’s an increasing risk of injury to drivers.”

he added: “With human capital costs varying between 30% and 40%, many industry players are reducing staff headcounts. But they’re also reducing the sizes of their truck fleets so that they can inject cash back into their businesses to stay alive.”

Companies were also leveraging technology more, he said, to simplify how they do business and save on costs.

Adaptability as a means of survival, let alone a point of competitive advantage, isn’t something new for business. As early as July 2011, a report by the Harvard Business Review (HBR) highlighted the increasing need for organisations to adapt, especially in an age of risk and instability. And, in November last year, HBR again published a piece on why agility and innovation as a means of adapting had become so important.

“Our business continuity plans have been adjusted to enable us to operate through these turbulent times,” said Mr Ellappan, “and technology has enabled us to operate more responsively while maintaining a good degree of flexibility.”

“Our transport-management system is being continually developed, so later this year we’ll be able to offer clients a whole basket of new benefits,” he explained. “The product driver, combined with the right behaviour and taking into consideration utmost compliance and excellent customer service, are elements that will form part of our new and adjusted offering.”

Vehicle-tracking and fleet management business Ctrack’s Freight and Transport Index for June reflected a 21% decline in monthly freight volumes compared with the same month a year ago, the worst since records began, with the biggest volume drops shifting from local land-based to international transport, with drops of 44.5% (air), 28% (sea), 21% (freight), and 19% (road). The good news was that road freight volumes increased in May compared with April, as the country shifted from lockdown level 5 to 4.

“We’re all in this together, and we empathise with what our industry peers are going through,” said Mr Ellappan.

He said there were certain fundamentals required to ensure a business stayed afloat in the road freight market in South Africa. First, staff need to be continually trained so they become multi-skilled and part of a model that can be “flexed” during varying economic conditions.

Strict safety and compliance measures need to be continually upheld – and not only during times of crisis – so that employers can mitigate some of the immediate impacts a business may go through during the early stages of a global/national crisis.

Operating a leaner business model, and being in a position to add on rather than reduce, is something players should be looking at, he added. And continually developing technology to simplify processes and eliminate wastage is another key area.

The golden thread, he said, was communication.

“Communicate with all employees as often as possible, so that they feel they’re being involved in the business’s decision making and development.”

Many business strategies fail at execution stage because of a lack of communication, he noted.

This article was supplied by Bidvest International Logistics