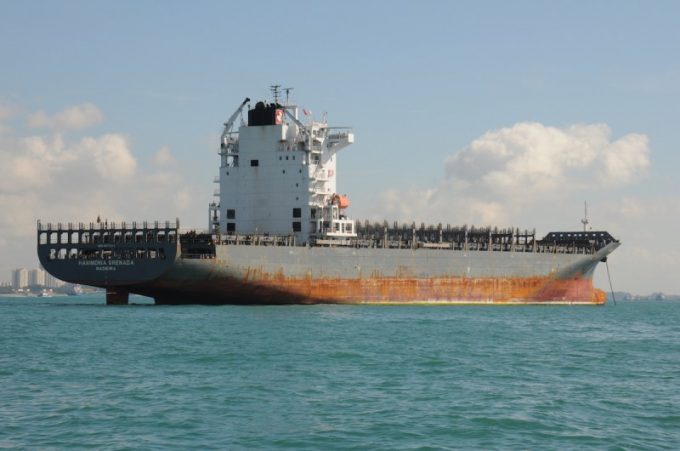 The containership charter market has entered 2018 in a much healthier state than it was a year ago, but shipowners remain concerned about the impact of liner consolidation on vessel employment.

Alphaliner’s charter index finished 2017 46% higher than 12 months previously, with all sectors recording improvements in what the consultant described as “unusual strength in ship demand in the traditionally slack winter season”.

But it was the smaller sizes that saw the biggest rises: for example, a 4,400 teu panamax vessel commanded a hire rate around 75% more than a year ago, at $7,500 per day.

And with availability of panamax tonnage becoming very tight, at only around 20 ships on spot, brokers are already looking at $8,500-$9,000 per day for extensions, prior to Chinese new year.

A year ago almost 100 ‘classic’ panamax ships of 4,000-5,100 teu were seeking employment, and daily hire rates for those that were being fixed had slumped to a sub-economic $4,000 per day, below forcing owners of even young panamax ships to cut their losses and sell the ships for scrap.

In January last year, The Loadstar reported on the sale to Bangladeshi breakers of the 2010-built 4,250 teu Hammonia Grenada for $5.5m, which at just seven years old was the youngest operational containership ever to be sent to the scrapyard.

A year on the owners of the Hammonia Grenada could have achieved around $8m in scrap value.

Notwithstanding the estimated 1.5m teu of newbuild tonnage – mostly in the larger vessel sizes – slated for delivery this year, which will cause problems for owners of larger charter ships from cascading, brokers also fear the threat of rationalisation of liner tonnage as a result of the spate of mergers and acquisitions in the past year or so.

The ripples from Hapag-Lloyd’s merger with UASC and Maersk’s takeover of Hamburg Sud are already being felt in the market, but shipowners and brokers are now also worried about the forthcoming merger of the Japanese carriers and the takeover of OOCL by Cosco.

MOL and NYK charter-in around 60% of their fleets, while for K line the percentage is even higher at approximately 75%.

The promised $1bn a year cost saving synergies from the merger of the trio in April into Ocean Network Express (ONE) will not just come from staff and office reductions and extra buying clout of services, but also from fleet rationalisation. Broker sources have told The Loadstar they are “very concerned” about the number of ships that the Japanese carriers may look to off-hire before and after the ONE network is bedded in.

And then there is Cosco, which has the biggest chartered in fleet of all the top five carriers at approximately 71%, about to take over OOCL, which has been operating with 75% owned tonnage hitherto. One broker told The Loadstar there were fewer enquiries coming in from OOCL and the Japanese carriers than previously.