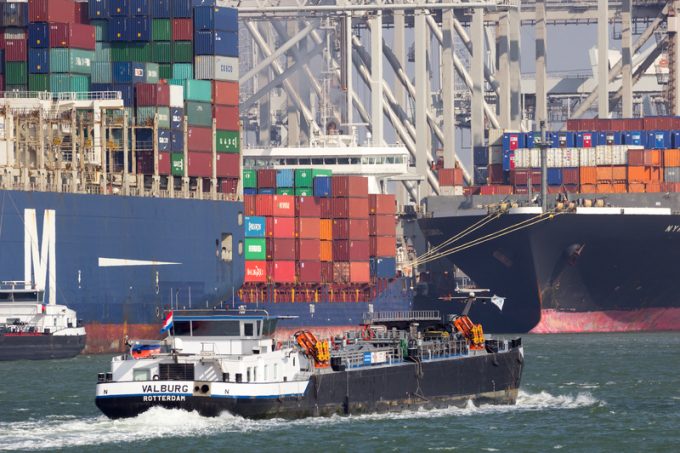 Workers are on a go-slow at Hutchison Ports’ Delta II terminal in Rotterdam, as contract negotiations stretch into their third week, bringing chaos on Europe’s inland waterways.

Barge operator Contargo is reporting delays of 82 hours at the Dutch gateway, but it warned the go-slows could leave shippers waiting seven days for their goods.

It told customers: “It is not known at present how much longer these actions will continue.”

Responding to the labour action, Maersk decided last Thursday to suspend all calls to Rotterdam, discharging goods destined for the port at alternative gateways, including Antwerp and Zeebrugge, noting that customers would be responsible for the cost of retrieval.

It said this would be on a “vessel-by-vessel basis” and that the decision had been made to “alleviate pressure on the network”.

Maersk told customers: “We understand this may be disappointing, but the current situation at the terminal calls for such contingencies to avoid further substantial delays for both customer cargo and our service.

“Our teams continue to monitor the situation closely and make service adjustments where necessary to keep customers’ supply chains moving.”

For those using Europe’s inland waterways, Maersk’s decision has compounded issues faced by users of Rotterdam’s terminals and, with congestion now climbing at Antwerp, Contargo reported delays of 57 hours there, up from 34 hours two weeks previously.

Consultant Gunther Ginckels told The Loadstar: “Most owners will collect by truck direct from Antwerp as this will be far cheaper than moving goods by barge to Rotterdam, which would incur additional handling, barge, customs and final truck delivery costs.

“This would really drive the costs over the edge and add to already congested cargo movements.”

Because of the go-slows, Maersk said it was experiencing a minimum of 48 hours delay on vessel loading and discharging at Rotterdam, noting that “critical increases” in yard density were expected, alongside significant queues.

Unions CNV and FNV, handling the negotiations in Rotterdam, are seeking salary increases for their members in line with “the worsening” inflation in the Netherlands.

Citing economic difficulties of its own, Hutchison said it was only prepared to offer a pay rise of just 9% in 2024, with a further 5% rise in both 2025 and 2026. One source noted that both the unions and the port had a tendency towards “stubbornness”.