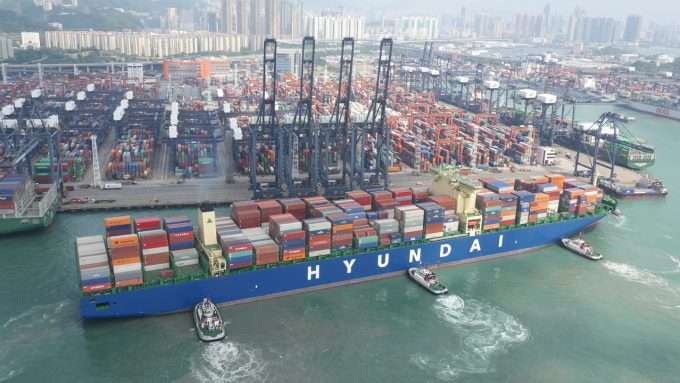 The G6 Alliance is to phase out troubled ocean carrier Hyundai Merchant Marine’s (HMM) ships from its joint services on the Asia-North Europe tradelane and replace them with vessels from other partners.

According to Alphaliner, the decision to drop the ships from the route is a “pre-emptive move” to avoid “potential operational disruptions” as a consequence of the South Korean company’s financial restructuring.

Although it appears increasingly unlikely that any ships would be arrested by owners –  the line will shortly announce it has secured a 20% cut on charter rates, according to The Loadstar’s sources, some service providers remain concerned about HMM being put into receivership and are understood to be reviewing their terms of credit.

Shippers are also nervous about possible disruption and delays to HMM-operated vessels. One G6 carrier contact in the UK told The Loadstar his head office was very concerned at the negative impact the HMM restructuring was having on its own booking prospects as the all-important peak season draws nearer.

He said that although other G6 members were generally supportive of HMM’s restructuring, they also felt the need to “distance themselves from the problem” in the wider interest of the alliance.

Alphaliner said: “The G6 carriers have the largest (in terms of the alliances) number of idle ships, with 17 units of 4,600-13,200 teu inactive, of which five units are operated by HMM.”

It added that HMM’s laid-up tonnage was expected to increase over the coming weeks as a consequence of the G6 decision.

Elsewhere, on the transpacific tradelane, there look to be more HMM-operated ships to be idled shortly. OOCL announced yesterday the G6 was suspending the CC1 Asia-US west coast loop until late July – although analysts expect this to be longer, due to the weak market conditions. This service deploys six HMM vessels of between 6,300-6,700 teu.

And last week the G6 said it would extend the suspension of its Asia-North Europe Loop 6 service “until further notice” which deployed 11 10,000-13,000 teu ships.

HMM, South Korea’s second-biggest container line, is expected to announce new charter party deals with at least five containership owners this week, with several sources suggesting that the daily hire reductions could be around 20% – below the 30% demanded by HMM’s creditors.

Nevertheless, this will be seen as a victory for the carrier after tough negotiations with owners that began in February.

However, HMM’s revenue will be badly depleted by the withdrawal of ships from the G6 services at a time when it desperately needs cash.

HMM also announced yesterday, in a filing with the Korean Financial Supervisory Service, that it intends to raise more than W2.5 trillion (US$2.1bn) by issuing 236 million new shares, aiming to pay down debt and increase operating capital.

It said it planned to list the shares on the Korean stock market on 5 August.