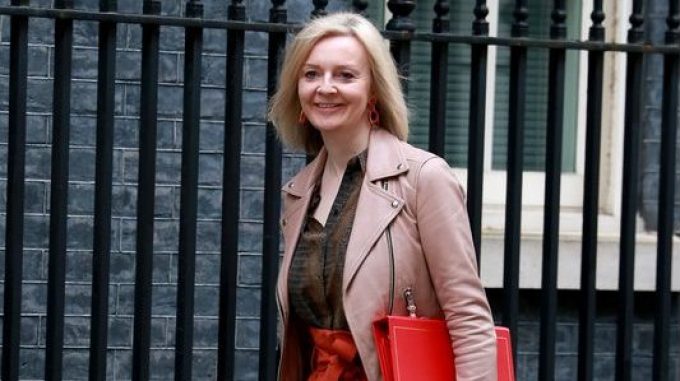 UK government claims of easy trade deals have failed to bear fruit with the current list of post-Brexit free trade agreements (FTAs) derided as “pitiful” amid expectations of a dire first quarter 2021.

In the past week, the UK has announced agreements with Canada, Singapore and Vietnam, although these largely replicate deals reached between the three countries and the EU.

International trade secretary Liz Truss (pictured above) said the agreements “play to UK strengths” and “extend its influence far beyond our shores”.

She added: “These are vital for the UK’s future as an independent trading nation; not only do they lock in billions of pounds-worth of trade, they also pave the way for new digital partnerships and joining the Trans-Pacific Partnership.

“This is an important part of our vision for a global Britain that sits at the centre of a network of deals with dynamic nations across Asia Pacific and the Americas as a global hub.”

However, an assessment by The Loadstar, based on data from the Office of National Statistics, suggests the underlying facts are far less impressive: 51 countries are now signed into FTAs with the UK, 35 from the Andean, Cariforum, Central America, Eastern and Southern Africa, Pacific States and Southern Africa unions.

Together, through imports and exports, these unions generate £15.7bn ($21bn) in trade for the UK, with nothing discernible (less than £100m annually) between the UK and 10 of the countries within these unions, while the UK exports nothing to three of them. Of the remaining nations, there is no discernible trade with two and no data for trade between the UK and the Faroe Islands.

Sources described the outcome of the UK’s efforts to sign FTAs before the end of the transition period as “pitiful”, while others told The Loadstar that the combination of these agreements and the ongoing uncertainties over Brexit left them “exhausted”.

In total, UK FTAs to date will be worth around £127bn to the UK economy, with Switzerland’s proving the most profitable.

To put this into perspective, the combined totals of the deals are £36bn a year less than the value of trade the UK currently has with the US, and the result of that country’s election has caused concerns over the likelihood of the purported Trump deal. Reports suggest the new Biden administration will instead agree a US-EU FTA and offer the UK the opportunity to tack onto it –  after playing no role in negotiations.

One source told The Loadstar: “It’s all about how long it takes to unwind in the new [post-Brexit] era and world of sovereignty and how quickly deals and work arounds are put in place.

“I suspect there will be a drop in the economy in the first and second quarters, but then a recovery as the deals, agreements and other factors stabilise.”