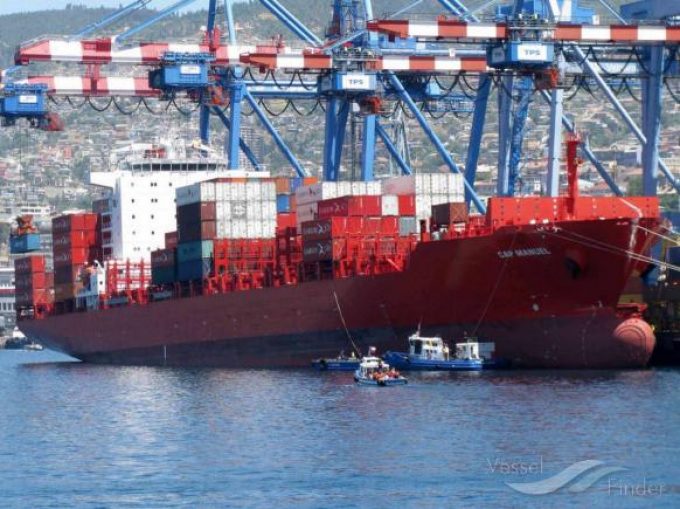 The Loadstar wishes to make some corrections to the article below that appeared in Tuesday’s edition:

Contrary to the article, The Loadstar wishes to make it clear that CargoGulf is not the operator of the panamax vessel Guenther Schulte. It is operated by UAE-based Global Feeder Shipping, from which CargoGulf charters space.

CargoGulf, as a slot charterer, operates services across a number of tradelanes, issuing its own bills of lading, and sets its own pricing, demurrage and detention tariffs. The line has its own agreements with ports and terminal operators and, in addition to accommodating shippers’ own containers, it can offer a full range of equipment on its services.

CargoGulf said it intended to offer further ad-hoc sailings between Asia and Europe.

Frustrated North European exporters to China are said to be “snapping-up” space on a disrupter container line sailing that begins its eastbound loading programme at the end of next week.

But on this voyage, CargoGulf is also tapping into the backhaul market and export cargo left stranded on quays at North European hubs.

Ocean carriers are skipping numerous calls at North European box ports, due to berthing delays, and overlanding imports at the next available port for relay to the original destination.

However, this means export cargo not making nominated sailings is left for the next available vessel, which can see these containers delayed for several weeks.

Moreover, even if the ship does make its intended call, carriers are prioritising the shipment of empty equipment over laden exports – a situation one UK forwarder described as “a growing nightmare”.

“Only this week I had an export load, with carrier haulage due to load at 8am. We had a late-running notice in the morning to say the driver was stuck in traffic with an eta to be advised. We tried to call the carrier multiple times during the day, but it was impossible to get hold of anyone, and we had no response to our emails.”

The forwarder said the job ended up failing, and he had to wait until the following day for a response and a rebooking on the next available ship.

While extra loaders and ad-hoc sailings on the Asia-North Europe tradelane have concentrated on the lucrative headhaul market, where freight can cost as much as $18,000 per 40ft, the extra revenue generated from a full backload will more than compensate for the additional operating costs.

CargoGulf released the eastbound schedule of the Guenther Schulte today, commencing at Southampton on 29 October, Gothenburg and Aarhus on 1 November, Rotterdam on 3 November and Hamburg on 5 November, with an eta at Qingdao on 8 December, Shanghai, 13 December, and Ningbo, 14 December.

According to one UK agency source, bookings for the North Europe sailing were “even better than expected”, and added: “With the disruption to the carrier schedules, shippers are snapping up bookings on the vessel to China.”

Korean flagship carrier HMM will double the number of reserved slots for small and medium ...

HMM is to reserve 200 teu for agricultural and food exports from South Korea to ...