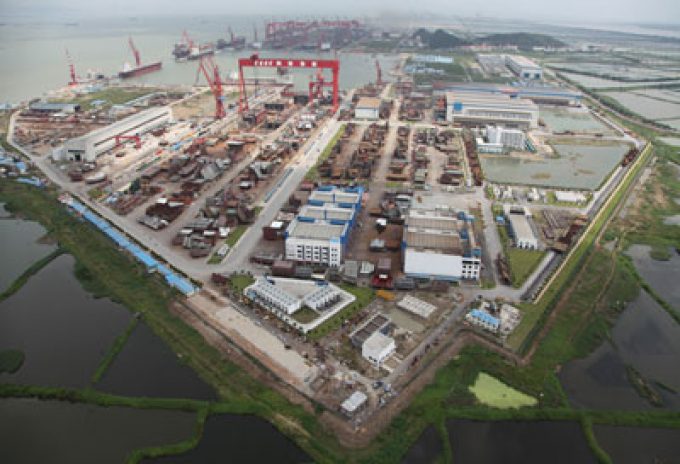 Taiwanese liner operator Evergreen Marine Corporation has asserted that its orders for 24 containerships at CSSC Huangpu Wenchong Shipbuilding were purely commercial decisions and not aimed at helping China to build up its navy.

Evergreen was responding to the US thinktank Center for Strategic and International Studies’ (CSIS), which last week suggested that contracts between Evergreen and shipbuilder Wenchong’s parent company, China State Shipbuilding, would reduce the cost of upgrading China’s navy, posing security concerns for Taiwan.

When the Chinese Communist Party overthrew China’s Kuomintang government after the civil war in 1949, the Kuomintang leaders fled to Taiwan and set up a breakaway administration.

China has since regarded Taiwan as a province to be forcibly reclaimed should the island declare independence.

Evergreen told The Loadstar: “All Evergreen’s containership building projects are subject to an international public bidding procedure. In addition to China, our ships have been built in Taiwan, South Korea and Japan.

The US Office of Foreign Assets Control has sanctioned CSSC, including it among companies that sell securities to US investors and use the proceeds to fund China’s military.

As a listed company in Taiwan, Evergreen says it discloses “material information” about its newbuilding orders to the Taiwan Stock Exchange so that such transactions are transparent to investors and local authorities.

The company added that the Taiwanese authorities had not raised any concerns over its newbuilding orders in China.

The first attempt to free the grounded Evergreen vessel, Ever Forward, ended in failure after ...