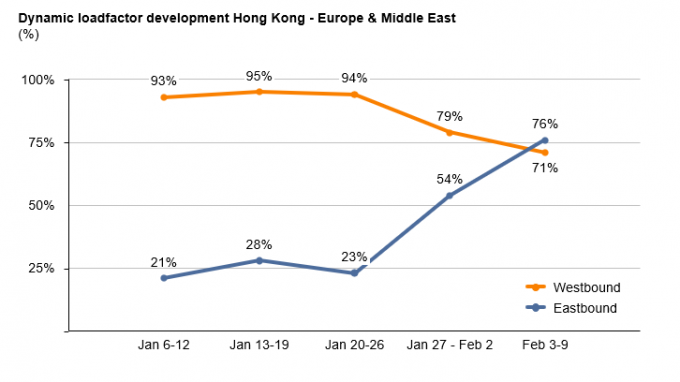 Europe to China and Hong Kong air freight load factors have overtaken China to Europe for the first time, according to new data.

Dynamic load factor information from Clive Data Services to 9 February shows a massive reduction in the imbalance between Europe/Middle East and Hong Kong.

At the start of the year, dynamic load factors out of EMEA to Hong Kong were 21%, against 93% westbound. As of the end of last week, eastbound was 76% against 71% westbound.

The route to and from mainland China also saw eastbound overtake westbound, although as China is a stronger import market than Hong Kong, there is normally less of an imbalance. Dynamic load factors were 80% from EMEA to China, while westbound they fell to 59%. 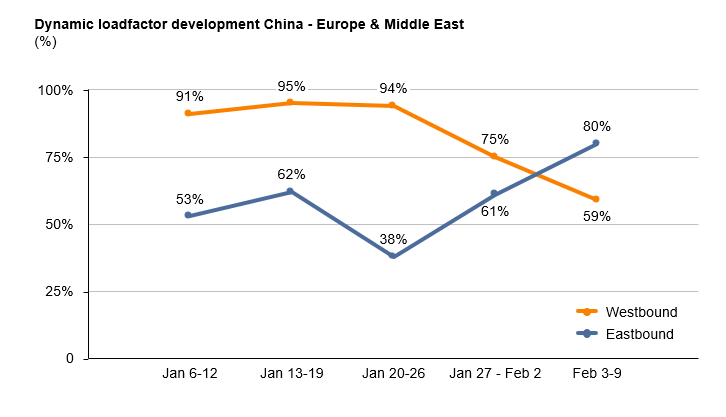 Load factors remain high because of the dearth of capacity.

“This situation is exceptional,” said Niall van de Wouw, managing director of Clive. “It shows the magnitude of the crisis. The substantial reduction in capacity was still outpaced by the reduction in volumes. But this is logical, given what is going on.”

Freightos suggested this morning that “massively reduced air cargo capacity will likely also lead to a spike in air rates”. But it also noted that US importers were now seeking new markets for goods.

“Marketplace data suggest that among US importers, coronavirus has intensified a trend that was started by the trade war: importers are increasingly looking for regional suppliers other than China. The share of searches for countries other than China has climbed to more than 17% so far this month, up from less than 8% a year ago,” it said. 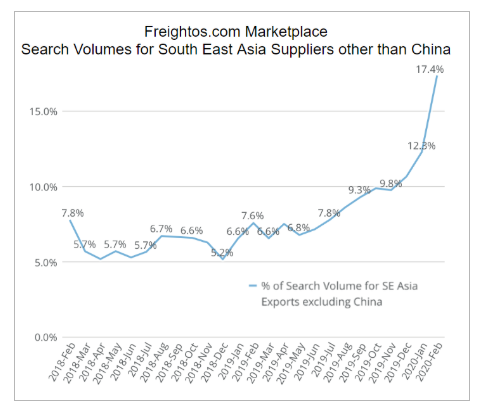