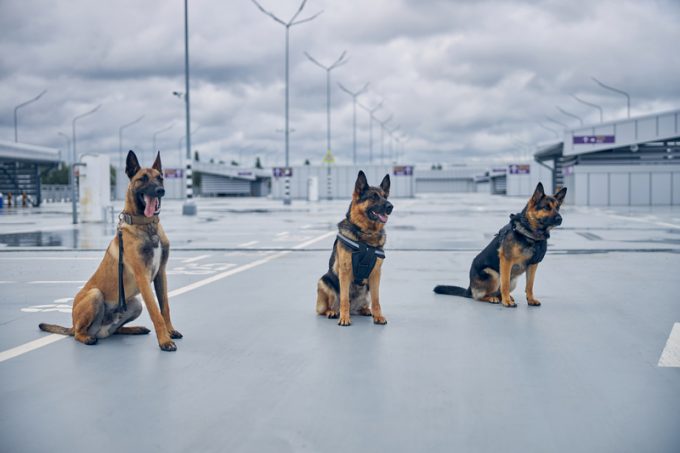 But some in the US air cargo industry will not be thrilled by the news of a shift of canine detection resources across the border – they are bracing for the mandate to extend screening of air cargo to all-cargo aircraft.

So far, cargo on freighters has been exempt from the screening requirement, but from 1 July, the mandate covers all airfreight in all member states of the International Civil Aviation Organisation.

To a large extent the industry relies on sniffer dogs to detect explosives; in the US they have made a huge difference since introduction in 2018, according to Brandon Fried, executive director of the US Airforwarders Association.

But now there are concerns that the magnitude of the job may exceed capacity.

“I’ve heard that getting adequate inventory of certified dog teams is a challenge,” he said.

His organisation already had concerns about a shortage of dog teams a year ago, but the surge in cargo has made the challenge considerably more daunting, he added.

Concerns about the extension of screening to freighter aircraft have not been allayed by the US Transportation Security Agency (TSA) when, in January, it presented a plan to industry stakeholders for a scheme that would allow shippers to secure cargo on their own premises.

Contrary to previous practice, the agency had not consulted with the industry earlier on developing rules through dialogue.

Details of the scheme cannot be disclosed to third parties, but participants were reportedly perplexed and frustrated. Seemingly, the programme would meet the needs of a small group of players but not the majority of cargo users.

Industry stakeholders have submitted comments on the plan and offered to work with the TSA on it, but have not received a reply so far, according to one source.

“Our members are concerned, for a lot of reasons,” said Mr Fried. “They’re not sure what’s going to be required of them or the availability of canine screening assets. There are a lot of unanswered questions.”

According to one forwarder, the confusion has reinforced the reliance on third-party dog teams to cope with the screening mandate. A number of airlines say they plan to use canine screening alongside technology and some physical checks, but it seems the lion’s share of the effort will be placed on the dog teams, which cost less than technology.

But, added Mr Fried: “There will always be a need for technology in the screening process. There are commodities that require technology.”

The industry has constantly pushed for a greater role for threat assessment in the air cargo security regime, but this does not appear to have made much headway. Artificial intelligence is being increasingly deployed to improve operations and productivity, but no significant advance has been reported in the security arena.

Digitisation has to advance, Mr Fried stressed. “As long as you’re dependent on security declarations on pieces of paper, it seems we’re moving backwards,” he said. “I think the pandemic derailed a lot of well-intentioned plans and put the TSA behind the eight ball – and the industry.”

On a more positive note, it appears the Certified Cargo Screening Programme (CCSP) has gained some traction among shippers lately. The TSA has signalled a spike in certification, Mr Fried noted.

“That’s what the programme was supposed to be for – to move security upstream, all the way to the shipper. We were disappointed when shippers didn’t want to participate,” he said.

Despite the misgivings, he is optimistic that the industry will cope with the freighter screening requirement. He recalled worries 10 years ago when the screening mandate for belly cargo on flights departing from the US was looming, but implementation went without a serious glitch.