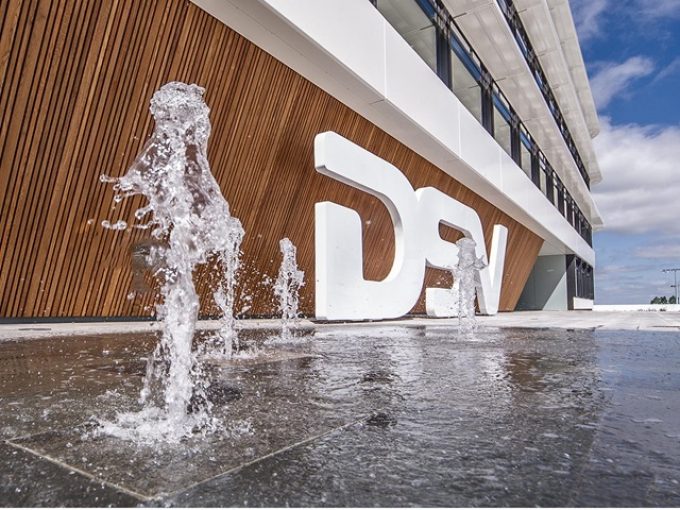 Freight forwarders serve shippers much better than shipping lines – and large forwarders are best of all, claimed DSV Panalpina in its earnings call today.

Announcing second-quarter revenues of Dkr37.83bn ($6.04bn), up 31.4%, to make a profit after tax of Dkr2.52bn ($403m), management talked high yields, market conditions – and competition, as it begins to integrate Agility GIL.

It’s a well-known phenomenon that after a big chunk of M&A, companies can lose customers. But DSV is an M&A expert and CEO Jens Bjorn Andersen and CFO Jens Lund said that, while things may be a little “bumpy”, they will settle.

“The Agility deal will take inspiration from Panalpina. We are more experienced; it’s smaller and we are well prepared.”

The deal is not yet complete, but that should happen next month, they explained, adding: “Once we include Agility, we’ll put a smokescreen over the numbers, but our performance will continue in terms of market share.

“We are 100% committed to market share. It sounds arrogant, but we are humble, that’s what we do. Profitability needs to follow. There are so many ways to compete with mom-and-pop shops. We have been able to outgrow the market.”

However, they said it was a risky time to focus on new customers.

“Given the situation in ocean freight, it’s not the time to go and take a chunk of new business. We need to look after our own customers first. But some business is just coming to us … so we will try to take a little of it, just to establish a connection with these customers.”

DSV said current market conditions had led to lower productivity, but insisted that forwarders had advantages over shipping lines selling direct to shippers.

“Volumes are up, costs are flat, headcount is flat. But on working hours and productivity, we are probably down. We have to hand-carry shipments more than we did.

“With blank sailings [and the current market] we always have to be alert, and ensure the freight is actually being moved, and when it is not, find new solutions. This is what forwarders can do. But you can’t do that if you are dealing direct with the carrier.

“Our staff have really stepped up to the plate. We don’t expect a deterioration in productivity with Agility, but it’s a KPI we have our eyes fixed firmly on.”

Mr Lund explained: “If we grow 16% in a quarter, [having incorporated a new company], you bleed, and then you fix it. There will be some fluctuations. It’s not unusual that you lose a couple of million euros on the start-up phase, but then you have those customers for years.

“From the outside if might look lumpy – I’d call it bumpy. You might need to take on 400 blue collar workers for a customer, then it doesn’t work very well and you need 500. Then it’ll be 485, then 475 and, 12 months later, you are back where you started. It’s hard to do, and we are trying to get better at it.”

Buying power is the best advantage for DSV, the management said.

“We’ve been shocked at ocean rates over the last months. We’ve seen rates we’ve never dreamed about. But as one of the largest procurers of ocean freight in the world, we do have some buying power.

“There are lots of levers we can use, going forward, and the size and buying power of DSV is one of these.”

Management explained that both air and sea negotiations were changing.

“In sea, contract rates are up, and we can pass that on to the customer. But customers are asking for more in the spot-driven market. We’ve done some good deals, but it also depends on the carrier.

“In our latest negotiations, we haven’t made any big changes to the carriers we use. We use the biggest, and have good relationships with them.”

In air freight, DSV uses about 50% spot and half contract.

“After integrating Panalpina, mainly in air but also in sea, we are doing blocked space agreements and more charters, and we gained access to fixed capacity through Panalpina’s own controlled network. You run the risk of vacant capacity, but this could change, and we may change the DSV procurement strategy and take on more BSAs.”

Management added that air freight was likely to see structural change, with greater use of freighters over bellies.

“Pre-Panalpina, we would have expected to use more freighters than in the past. We are better at it now, and for customers freighters are a premium, deluxe service.”

Other notable remarks included the roll-out of new software “based on BluJay but in combination with the whole software stack”. Roll-out begins in the Baltic states, with Poland – which has both cross-border and significant domestic volumes – set for next year.

DSV also announced a share buyback programme, to give it a “mandate and power”.

It also upgraded its full-year outlook (excluding Agility) to ebit, before special items, of Dkr12.5bn-Dkr13bn, from Dkr11.7bn-Dkr12.5bn.

But analysts questioned whether this was too conservative.

“If yields continue to stay and growth continues at the same pace, then perhaps we are conservative,” replied Mr Lund. “But to assume 100 bullseyes from 100 dart throws is a little bit optimistic.

“The high rate environment is not against DSV. But rates could start to drop, and yields, and the system will settle somehow. And maybe the competition will be more aggressive.”

Mr Andersen said he expected rates eventually to settle somewhere between 2019 and 2021 levels.

“I don’t believe we will go back to the rate levels we saw before. We want the shipping lines to be healthy. We are very happy with our yields, and will keep them as high as we can.”

On the wires: DSV – down to the waterline

On the wires: 'You, idiot!' – with DSV, it's hard to contain the excitement