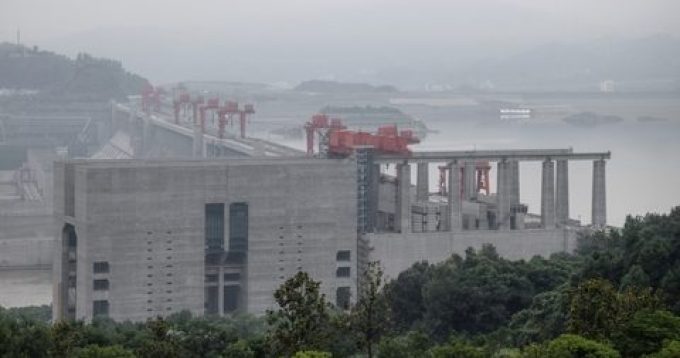 As container prices from China head south, drought and power rationing has triggered the closure of factories along the crucial Yangtze River commercial corridor.

A record heatwave in China’s south-west Sichuan province has led to depleted reservoirs and rolling blackouts as hydropower plants were forced to reduce electricity output.

Factories in Sichuan were ordered to shut for six days for power rationing – a regular feature during China’s hot summers – but the province is a key manufacturing region, specialising in the battery, semiconductor and solar panel industries.

While the factory closures are limited to Sichuan, where 80% of electricity is produced by hydropower, one expert said the power rationing could have a knock-on effect for supply chains.

Mirko Woitzik, global director of intelligence solutions for Everstream Analytics, told Fortune magazine: “Everyone’s depending on the same hydropower, so the entire region is affected by it. And there’s no ‘white list’ at the moment of exemptions. So it’s really the indiscriminate nature of the situation, compared with the targeted Covid lockdowns, that make this much more harmful

“The Sichuan region has become very important in the past 10 years, in terms of raw material production. Foxconn has its battery production there, and the list goes on, so it’s very, very impactful, in a supply-chain sense.”

Whether the reduced factory output will have an impact on shipping demand remains to be seen, but container prices and one-way leasing rates from China have been falling, according to new analysis from Container xChange.

The leasing platform said average container prices from China had halved, compared with August last year, despite the industry heading into peak season. Furthermore, there was a 17% decline in one-way leasing pick-up rates of containers from China to the US between June and July.

Container xChange CEO Christian Roeloffs said: “This is the peak shipping season and the industry expects heavy outflow of containers from China to fulfill orders from demand centres. This year, we haven’t witnessed two key trends that are a norm: a rise in leasing rates and container prices in China; and a decline in CAx [Shanghai container availability index] values.”

For example, he said, one-way leasing rates for standard containers peaked in September 2021, to reach $2,792, and have declined to to $906 last month.

Mr Roeloffs added: “The decline in average container prices and leasing rates offers good opportunities for shippers and freight forwarding companies to plan cargo as the supply chain braces for the peak season. Clearly, this brings cheer to shippers and forwarders hoping to ship containers out of China.”