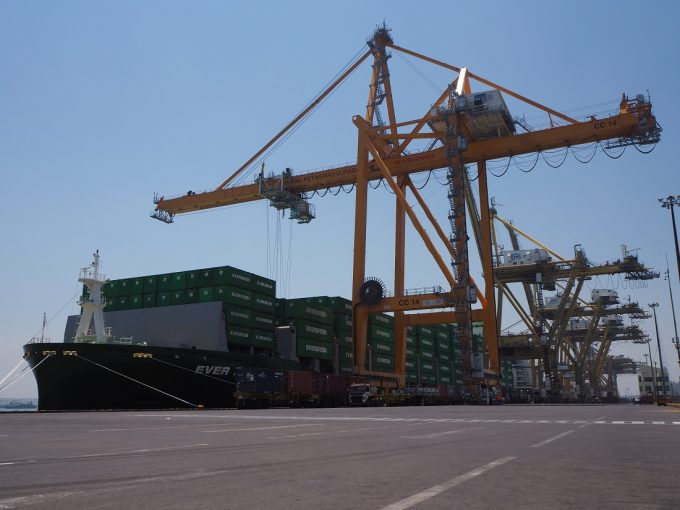 Indonesia’s port development was dealt a blow last week when DP World announced it would not renew its only operating contract there beyond 2019.

In a rare rebuke to the Indonesian authorities, the Dubai-based port operator said the terms offered to renew the concession were financially unacceptable.

A local source told The Loadstar DP World had effectively been forced out of the concession, due to the reluctance of Pelindo III to do a deal where the value generated per teu of capacity was significantly lower than the controversial renewal of the Hutchison Ports-operated Jakarta International Container Terminal (JICT) in 2014.

“Pelindo III expressed the view that there was no way they could go to the Ministry of State Owned Enterprises and suggest they sign at a level acceptable to DP World, because of the problems with JICT.

“Because the concession value was about half of the JICT value in per teu terms, whichever way you projected it, it looked like a poor deal compared with JICT.

“It was a poor deal as far as the facility was concerned, but it looked bad when you did a comparison,” the source said.

The renewal of JICT’s concession to Hutchison in 2014, some five years before it was due to expire, has been the subject of an enquiry and the root cause of a series of strikes by workers at Indonesia’s largest container gateway.

In February, a parliamentary committee said the contract – extended to 2039 – may have caused state losses of 36 trillion rupiah (US$2.7bn) and was awarded without shareholders’ approval.

Also, the port’s trade union claims the contract extension is bad for workers’ rights, and the management of Pelindo III was unwilling to find themselves the subject of similar anger.

The development is the latest in a string of corruption scandals, funding issues, strikes and political mismanagement hampering the archipelago nation’s much-needed port modernisation programme.

Indonesia’s maritime sector was optimistic when president Joko Widodo came to power in 2014 and announced his Sea Toll Road programme to upgrade the country’s ports, especially across the underdeveloped east where goods can easily cost double compared with in Jakarta, due to a lack of connectivity.

Pelindo III, the state-owned port company which overseas JICT and the recently completed New Priok port, was meant to be responsible for much of the Sea Toll initiative, which includes an ambitious plan to build 35 new ports and spur economic development outside Java.

However, local sources suggest little progress has been made since the ousting of its prominent chief executive amid dubious corruption charges 18 months ago.

It remains to be seen what the future holds for DP World’s operations in Indonesia.

Just two months ago – presumably in the midst of the tense negotiations with Pelindo III over TPS – the terminal operator announced it had signed an agreement with the government to advise on the development of the Kuala Tanjung greenfield port and Belawan port in North Sumatra.

However, The Loadstar’s source speculated there could be a way back for DP World at TPS, given that it has “a hold” on the facility’s cranes, and the debt-ridden port company may struggle to pay the termination charges to secure their transfer.

“I believe the cranes are effectively owned by DP World, possibly through some kind of ‘negative charge’ where Pelindo III have to pay the value of those cranes to DP World on the dissolution of the joint-venture, or it might be an actual physical ownership.

“But in effect, DP World controls the cranes, and a facility without cranes is difficult to perceive. There’s 12 of them so it’s quite a substantial amount of money.

“Pelindo III owes the banks US$850m and its other two facilities are not providing a return. So in April 2019, when DP World says it wants the value of its cranes, Pelindo III is probably not going to be able to pay.

“There is probably a discussion somewhere going on about how you could rework a concession so it’s not a concession – meaning there might be some deal done where DP World stays on,” the source claimed.