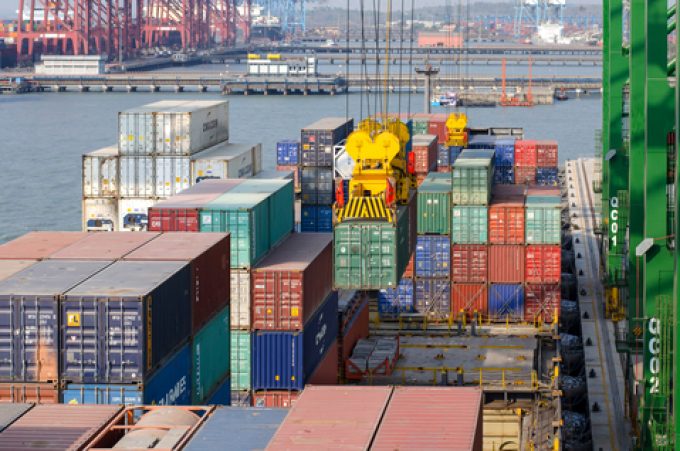 Average contract rates of major container carriers for westbound bookings from India to Europe have dropped by double digits this month from the levels reported in June.

According to exclusive data collected by The Loadstar from carrier/freight forwarder sources, the cost of shipping a 20ft container from Nhava Sheva/JNPT or Mundra to London Gateway is now $5,240, 13% less than $6,009 a month ago.

The pricing trend is a clearer sign that exports out of India have slowed down in the wake of inflation hitting major global markets, market sources noted.

Rates have also dropped by single-digit percentages eastbound: average contract rates for London Gateway/Rotterdam to Nhava Sheva are hovering at $1,825/20ft and $1,950/40ft, compared with $1,923 and $2,046, respectively, in June.

“There is a good chance of rates easing further if demand growth cools,” a Mumbai-based freight forward told The Loadstar.  “That may not be a big worry for major carriers, as they have already locked-in substantial volumes in long-term contracts, which guarantees them predictable space utilisation and higher rates over an extended period.”

However, rate levels on intra-Asia/Far East routings have trended up on June levels, as capacity tightened amid frequent sailing cancellations/delays out of Singapore and Colombo, along with the demand rush driven by Shanghai’s post-lockdown rebound.

“Space on intra-Asia connections is becoming a challenge as vessels are not there for India regularly,” a market observer told The Loadstar.

However, export rates from India to the US east/west coasts have remained steady. At the same time, major liners have been able to push contract rates up on the return direction by an average of 15% for USEC shipments and 10% for USWC containers, data shows.

According to industry sources, current rate trends on larger tradelanes out of India are somewhat at odds with carrier expectations.

“It remains to be seen if liners will blank more sailings to counter continued pricing power erosion.”

There has been a spate of vessel skips at Nhava Sheva and Mundra on services by MSC and Hapag-Lloyd for Europe and the US this month, blaming sailing delays.  A void call notice for the MSC Margrit, on the Himalaya Express (HEX) service in week 28, is another known case of such disruptions. The delayed vessel is now rescheduled to arrive in Nhava Sheva on 23 July.

Enquiries by The Loadstar with carrier leaders for comment on pricing movements are continuing.