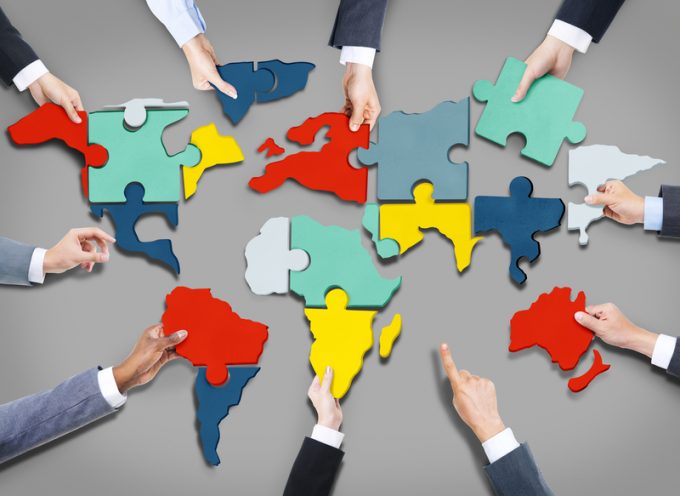 Recent studies show companies are anxious to make their supply chains more resilient to cope with future disruptions – diversification is a central theme in this quest, but geography is a puzzle.

Much of this has been attributed to Covid-19, which the 3D Hub report calls the “single biggest disruptive event of the past decade”.

Of the companies surveyed, 96% said measures should be taken to avert future supply chain disruptions, yet only 52% have done so, which suggests lively activity in 2021.

In addition to the direct repercussions of a supply chain disruption, there is also the financial impact on risk cover. A study commissioned by insurance firm Swiss Re estimates that additional global premiums could total $53bn over the next five years.

The study’s authors predict increased efforts to diversify supply chains,  which tallies with the research from 3D Hub and Standard Chartered.

The latter found that 37% of US companies regarded diversification of suppliers outside their home region as a top priority, while 3D Hub’s report found that 59% of respondents considered geographic diversification the best way to avoid disruption.

Inevitably, the interest in supply chain diversification raises the theme of near-shoring or re-shoring, which goes hand-in-hand with a greater focus on domestic markets. Standard Chartered’s research indicates 84% of European corporations and 74% of their US counterparts are prioritising their home regions as a source of growth.

This calls for more production closer to home – and not only to make supply chains less vulnerable. The Council of Supply Chain Management Professionals’ State of Logistics report, published in the summer, argued that delivery times of three to five business days were no longer acceptable.

While some US companies are looking to shift some production back to North America, in many sectors, such as apparel, this is not viable. Instead, Mexico and Central American countries have attracted rising numbers of US firms lately, one forwarder noted.

Costa Rica’s investment promotion agency CINDE reported 81 investment projects from 11 different countries between the outbreak of the pandemic and the end of November. Of these, 55 were moves to diversify or expand existing operations in the country, while 26 were newcomers. One of the firms boosting its presence in Costa Rica is Intel, which is spending $350m to boost testing and assembly operations.

For many players, the market focus suggests a broad geographic stretch in their supply chain diversification. The Standard Chartered report found that, while North American and European companies focused more on their home markets, many were not turning from Asia. For 55% of the respondents, the Asia-Pacific region is the main target for international expansion.

At the same time, there is a heightened desire to shift sourcing and production out of China to other locations in Asia. This trend has been going on for some time as a result of rising production costs in China, but has been reinforced by a sense of over-reliance on the Asian superpower.

Shifting from China is easier said than done, however. A Reuters report, Rebalancing Supply Chains for the Peak Season Sourcing, points out that low production cost in China has been supplemented by incentives from government, skilled labour and well-developed infrastructure. This has created efficiencies and capacities on a scale unmatched by the likes of Indonesia or Vietnam, said the authors.

A study from commercial real estate giant CBRE published last summer came to similar conclusions. It cited one company which found that, while production costs in Vietnam were 30% cheaper than in China, productivity was almost 20% lower and there were more quality issues requiring corrective work.

“A widespread exodus of manufacturing capacity from China is unlikely, given the sophistication of the industry, the maturity of the supply chain and China’s massive domestic consumer market,” the authors concluded. They saw more benefit in a ‘China Plus One’ strategy for sourcing.

All this suggests supply chains may be becoming more resilient, but they are not going to be dramatically simpler. Companies will still be juggling complexities, requiring agile and versatile supply chain providers.

Some may also be looking for solutions to make supply chains more sustainable, but this is not a priority, at least in North America. In the Standard Chartered study, 3% of the respondents in the Americas ranked sustainability as their top supply chain priority.