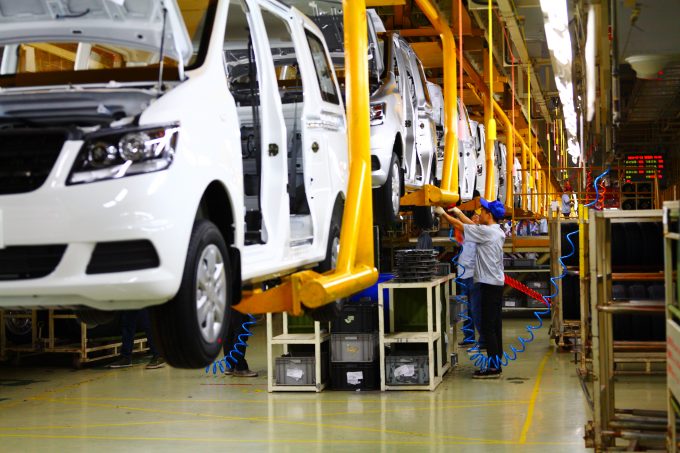 In the UK, forwarders said a shortage in semiconductors was causing major disruption, but others claim shortages go much further.

“It isn’t just semiconductors, but a shortage of many items,” said one forwarder who counts automotive as a key vertical.

“Shortages are hitting production – not so much car sales, but the OEMs [original equipment manufacturers] can only sell what they build. And to build them, they need the components and parts, meaning factories are either about to, or are already, shut down in Europe and the UK.

“For forwarders, this lack of new vehicles means the volumes we are seeing are down.”

Germany recorded a 16% increase in first-half car production, but such has been the scale of recent disruption that its automotive association, VDA, announced it had slashed 10% off its full-year forecast, now putting growth at just 3% for 2021, after a 19% drop last month alone.

Reports suggest German manufacturers were caught by an unexpected surge in demand, with new vehicle registrations up 15%, having idled production early in the pandemic.

EVP for global automotive at Ceva Logistics Dave Dudek told The Loadstar “virus-related shutdowns” were the likely cause for the delays seen across the continent and in the UK.

“Many logistics projects in other industries were also delayed during the shutdowns, many of them restarting only now,” he said.

“Semiconductor shortages are a global issue; OEMs are typically balancing global supply to try and keep certain models being produced. We do not see the UK being much slower than other regions as the global supply chain is experiencing rolling difficulties across regions.”

Jaguar Land Rover (JLR) paused production at its Slovakia factory at the end of June, following halts at two sites in the UK, with reports citing the “semiconductor shortage”.

A JLR spokesperson told one magazine the shortages had forced it to adjust production schedules, and was unable to say when the factory – with an annual output of 15,000 units – would come back online.

Mr Dudek, however, said he did not see the semiconductor problem being resolved anytime soon, believing “that question will likely extend into 2022 and beyond”.

Despite the difficulties in Europe, one forwarder said automotive OEMs in other regions were on the rebound, noting that ro-ro carriers being back to full automotive capacity “tells you something”.

“Obviously some manufacturers are doing okay and sourcing everything needed – Asian OEMs in the main,” the forwarder told The Loadstar. “Maybe some have the scale and get priority over smaller OEMs, due to leverage and long-term fears of losing business. Certainly not every OEM is short on microchips, for example, with some having stockpiles or alternative sources.”

The forwarder noted that demand for shipping capacity from the auto-parts industry was originating in Asia and spreading, adding: “Carriers cannot get back quick enough to fill the vessel again to go from Asia, globally.