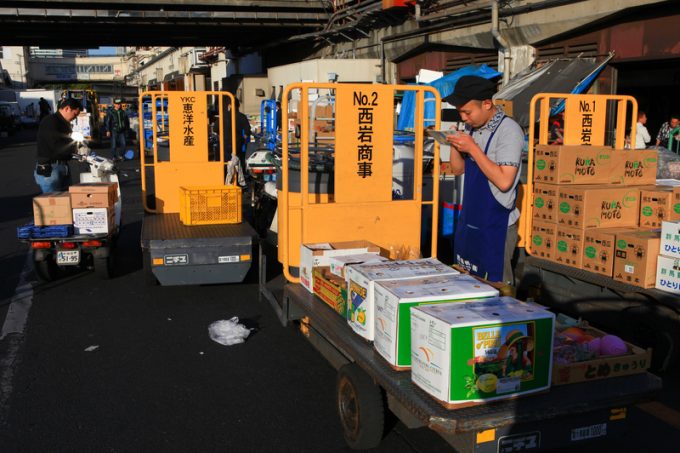 Tapping into a growing appetite for Japanese seafood exports, DHL Global Forwarding has opened a wholly-owned office in the city of Sapporo.

“We have operations across Japan, including Tokyo, Okinawa and Fukuoka, but we feel the time is right to further entrench our presence in Sapporo,” said Charles Kaufmann, president and representative director of DHL Global Forwarding Japan.

“Hokkaido is among the top producers of seafood exports in Japan, particularly prized for scallops. Scallops not only ranked first amongst seafood exports from Japan at a value of almost ¥50bn (US$460m), they also make up the largest portion of seafood that we export, and we don’t see the demand abating.

“There are many leading producers here with an interest to bring their premium delicacies overseas, and a reliable logistics partner is key to their market expansion plans,” he added.

DHL air-lifted almost 1m kg of seafood from Japan to destinations across Asia during the first quarter of this year.

But while some seasonal exports are sent to south-east Asia, Mr Kaufmann emphasised to The Coolstar that the bulk of the demand is coming from Hong Kong and mainland China.

“This trend will continue, bolstered by the region’s emergent middle class and growing consumption of high-quality food products from trusted sources – Japan’s association with high quality produce makes it a natural source for the region’s increasingly sophisticated tastes,” he observed.

DHL noted how, with domestic consumption of seafood in Japan slumping by over 20% in the past decade, the export market is needed more than ever to take up the slack. Tokyo’s ¥1tn ($9.2bn) target for agriculture, forestry and fisheries exports in 2019 is on track, reports The Japan Times, following 12.4% growth in 2018 – the sixth straight year of record export growth.

“New Chitose airport has seen several direct flights from all over Asia into the city, and they are typically wide-body passenger aircraft, thus lending space to meet the increase in cargo,” added Mr Kaufmann.

“Our relationships with carriers in Japan have also augured well for us. The ability to air-freight directly out of locations where the local producers are has also reduced the time taken to get certain perishables to their destinations, compared to when they had to be sent to Tokyo before being shipped out previously.”

He said Japan’s refrigerated perishables, such as seafood, are normally shipped by air to minimise transportation time, maintain freshness and maximise shelf-life. Frozen foods are usually shipped by sea freight, he added, noting there has been no modal shift in recent years.

Japan’s seafood sector is anticipating a further boost from the Europe-Japan Economic Partnership Agreement (EPA). The free trade pact will remove tariffs on most goods, including Japanese seafood, which experienced a 60% jump in exports to Europe between 2012 and 2016, DHL noted.