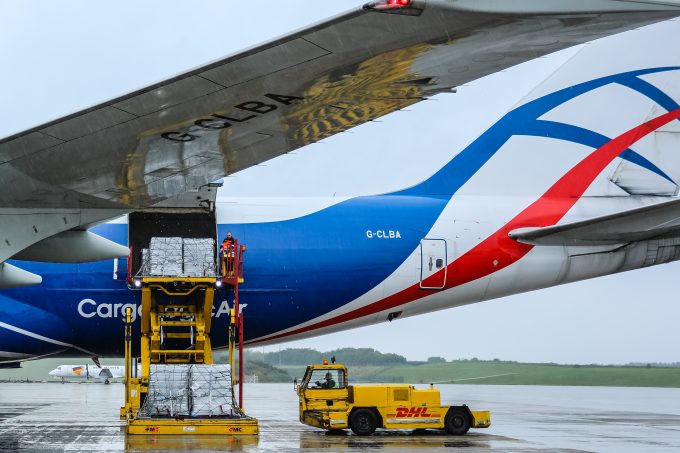 Volga-Dnepr Group has thanked lessor Dubai Aerospace Enterprise (DAE) for delivering a 777 freighter, its first of the type.

The road to the 777 has been a rocky one: the Russian group signed a letter of intent with Boeing for 29 777 freighters in 2018 and confirmed last year it had entered a sale and leaseback deal with DAE for three.

But, after a poor 2019, the carrier was said to be approaching bankruptcy and, in a court case filed in May, Boeing claimed Volga-Dnepr had “made no request for accommodations with respect to delivery of the 777Fs”.

In fact, said Boeing, Volga told it and DAE they should remarket and sell the 777Fs. The manufacturer claimed Volga failed to make an advance payment on the first 7777, and Boeing and DAE duly began to re-market the aircraft.

But Volga changed its mind as air freight rates began to soar, and in a statement today, made a point of thanking DAE.

“Volga-Dnepr is grateful to DAE for the support and the results of the efforts of the teams which, in the conditions of an extremely difficult year for world aviation (both airlines and leasing companies), allowed it to find solutions for the purchase and delivery of aircraft to its fleet.”

The 777 could find itself in the Cargologicair (CLA) fleet, the UK freighter operator which shares a shareholder with Volga-Dnepr.

In an interview with The Loadstar last month, CLA chief executive Nadeem Sultan said: “One decision we are assessing is to induct an extra freighter in 2020, and whether that should be another 747 or a 777F, which would provide us a modern platform to build on.

“The 777F has significantly lowered operating costs and emissions, so that makes the economics very good. The 747F’s range at max payload is shorter than the 777F. So, based on our geographical location, with a 777F we would still be able to fly max payload and operate non-stop flights between Asia and the UK, and UK and South America.”

He added that “additional developments” had made it “very likely” CLA would induct a 777F this year.

However, one industry observer questioned the economics of having just one 777 in a fleet of 747s.

“Starting with a new aircraft type is the same as starting a new airline; everything has to be duplicated, from top management, chief pilot, maintenance management, safety, absolutely everything. You have to stock parts, arrange engineering – and it doesn’t make economic sense unless you get five or six of the type.

“The only way would be if another airline is flying it but under their traffic rights.”

Volga-Dnepr said it was “dedicated to the development and optimal composition of the fleet, and believes the 777F will allow it to take the next step in providing a more sustainable and efficient service to its customers”.