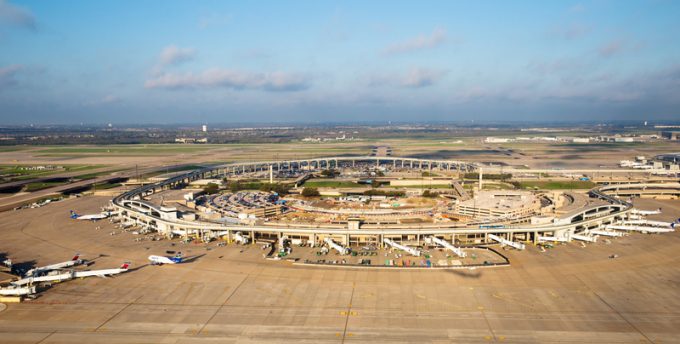 Community platforms for air cargo are on the rise at major US airports: Dallas/Fort Worth is the latest set to sign a contract for a system and Miami has similar plans.

The board of directors of DFW has given the green light for a contract to establish a cargo community system (CCS) via an initial agreement, with a ceiling of $447,430 that will run for two years, with options to renew for three additional one-year periods.

Details will be disclosed in the coming months. but the provider chosen for the CCS is Nallian, a Belgian provider of data platforms for logistics hubs, one of which powers BRUcloud, the cloud-based CCS of Brussels Airport.

In an interview in November, Mr Ackerman described BRUcloud as one likely role model for the CCS at DFW. One element he is looking at is truck scheduling.

“We don’t have the congestion problems other airports have, but trucks are idling when they come to the airport. A scheduling system can reduce the carbon footprint and it can reduce truck waiting time,” he said, adding that “there is still too much paper involved”.

The announcement from DFW follows the launch of a CCS at Hartfield Jackson Atlanta International Airport in November, where truck management is also a major element.

On 14 January, the Atlanta airport authority and Kale Logistics, which developed and operates the system, announced that PayCargo was coming on board to facilitate payment processes.

Elliott Paige, Atlanta’s director of air services development, and the driving force behind the CCS project, intends to connect the platform with other cargo community systems.

One possible link could be with Miami International Airport. The Miami-Dade Aviation Department is in the “beginning stages of trying to develop” such a system, according to Emir Pineda, manager, aviation trade and logistics, in the marketing division.

“I believe it will enhance our airport by making it more efficient in processing cargo,” he said, adding that one of the ramifications for the cargo itself could be a decline in temperature deviations for freight that requires stable ambient conditions like pharmaceuticals and perishables.

He reckons the system will happen towards the end of the year, or early next year.

“One of the main things – probably the easiest and with an immediate impact – would be a slot booking system for trucking,” he said. “This gets you buy-in from the community. There will be other components later on,” he added.

Miami’s CCS is not likely to emerge as a pure air cargo platform; as the county runs both Miami’s airport and seaport, the system will probably serve both modes, Mr Pineda said.

All three airport executives mentioned the drive of the US Customs & Border Protection (CBP) service to replace paper documents with electronic data flows as an additional factor in their CCS plans.

The more airports that join the CCS train, the more likely are electronic links between their platforms and the customs agency. Mr Paige noted that, as a national agency, CBP would not engage with individual airports to develop this.

Mr Pineda thinks the time is right for airport CCSs to take off in the US. Developments at major European gateways in recent years, particularly the element of managing truck congestion, have struck a chord on the other side of the Atlantic.

But there is a sense of deja vu in some places. Miami and New York set up airport CCSs back in the early 1990s, but they never developed momentum, chiefly because government agencies were not ready to integrate into non-government systems, Mr Pineda said.

Some observers think the new initiatives are overdue – some US seaports have had truck scheduling for years, one airport consultant pointed out.