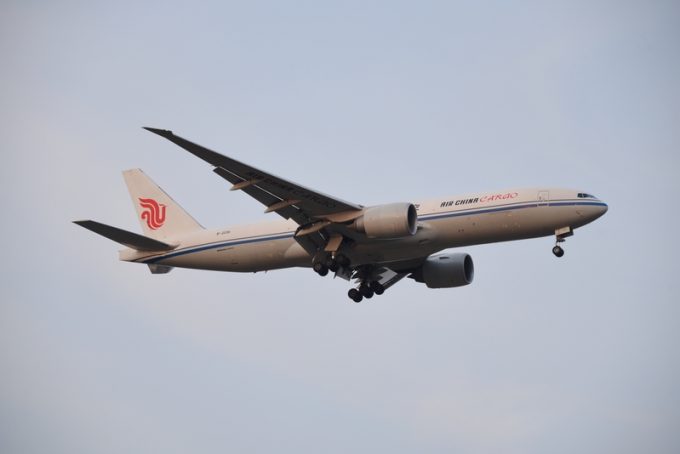 Shanghai’s Pudong Airport reportedly descended into chaos on Sunday evening after two cargo handlers tested positive, and went into lockdown as nearly 18,000 other staff were tested.

Hundreds of flights were cancelled, according to Reuters, and videos were posted on social media of apparently frightened passengers attempting to flee the airport.

According to local media, Chinese health officials claimed the cargo workers, employees of Fedex and UPS, were “cleaning a cargo container from North America”. It was not carrying cold chain cargo, however, as in August, when authorities said traces of the virus were found on imported frozen food.

Geodis told customers yesterday: “All cargo terminals have been shut down and all cargo operations were obliged to stop over the weekend. Import handling is progressing, but with expected delays.

However, there are mixed reports on the extent of the disruption to flights, with the Chinese state media claiming Monday’s flights were unaffected.

And one forwarder told The Loadstar: “There was a small disruption Sunday night and a few flights got cancelled, but other airports like Hefei, Zhengzhou and Nanjing absorbed the tonnage.”

Nevertheless, other forwarders said the incident was still unfolding.

“We expect delays in the coming days as workers have to take tests and cargo needs to be disinfected on arrival.”

Indeed, according to Scan Global Logistics, a new negative-test regulation will come into effect tomorrow.

“Pick-up drivers, courier staff and agents who wish to enter the PVG bonded warehouse must have a valid negative test report, ” noted SGL.

Meanwhile, ocean carriers continue to implement congestion surcharges on reefer cargo heading to Tianjin, due to Covid inspections by the port’s customs authorities. The checks have massively slowed inbound operations, according to carriers such as MSC, Hapag-Lloyd and ONE, which have all announced surcharges of $1,000 or more.

One reader sent The Loadstar a video of the chaos at Shanghai Pudong.