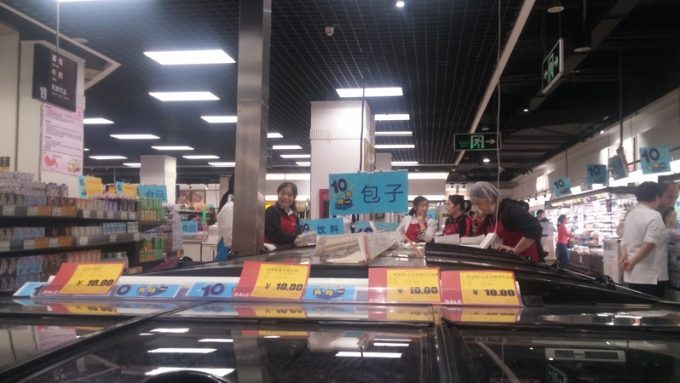 Protein exporters are facing bigger hurdles as a result of fresh discoveries of the Covid-19 virus on packaging.

Last week, Chinese officials announced tightened controls and inspection requirements on meat and seafood imports after traces of the virus were found on packages of imported frozen food.

Inspections last Wednesday also discovered the virus on frozen chicken wings from Brazil, extending concerns about frozen meat as a potential repository of the virus to poultry.

The day before, Covid-19 traces were identified in the south-eastern city of Wuhu on packaging of frozen shrimp from Ecuador, which, in turn, followed another discovery on seafood packaging in the port city of Yantai on Monday.

On Friday, the General Administration of Customs announced local companies must obtain certification that strict sanitary controls are in place for production, packaging and transport of the shrimp.

Since the beginning of July, they have also imposed temporary bans on frozen food from 23 companies from various countries, including the US, UK, Brazil and Germany.

At Chinese ports, the screening of all incoming reefer containers holding meat or seafood has caused bottlenecks and delays. Last month, Hapag-Lloyd advised customers that “import container pick-up activities have been severely impacted and as a result reefer plugs are highly utilised”, and asked them to pick up their containers as soon as they were released by customs.

“Given the current situation your reefer container(s) may be discharged at an intermediate or alternative port and held there until it is possible to forward them to the designated port of discharge. Please note that all additional costs, risks and liabilities related to the storage or movement of the cargo after discharge will be for account of the cargo owner,” it warned.

After the discovery of the virus on chicken wings in Shenzhen, the local municipal health commission warned the city’s population that they should be cautious when buying imported frozen meat products and aquatic products, and also announced plans to establish a closed-loop management system of the entire imported frozen food supply chain.

But the problem may go beyond imported frozen food: Freshippo, the grocery chain arm of Alibaba, closed all its 21 outlets in Shenzhen after employees at one branch tested positive for Covid-19.

The World Health Organisation has reiterated its claim that it is “highly unlikely that people can contract Covid from food or food packaging”, but Chinese consumers are wary, some even steering clear of restaurants where seafood is served. And some retail markets in Guangdong province have removed all seafood products and some require Covid-19 tests of imported meat and seafood before it is sold.

Protein flows are heavily disrupted. According to one report, by 13 August seven meat processing plants in Argentina had halted beef exports to China due to registered cases of Covid-19 in their facilities. China is Argentina’s largest buyer of beef, taking 75% of the South American country’s beef exports last year.

Resilience360 estimates that the pandemic could result in losses of up to $20bn for the global meat industry. Its researchers also warned that temporary shortages of types of meat and price hikes are likely, and that supply chain bottlenecks may persist.