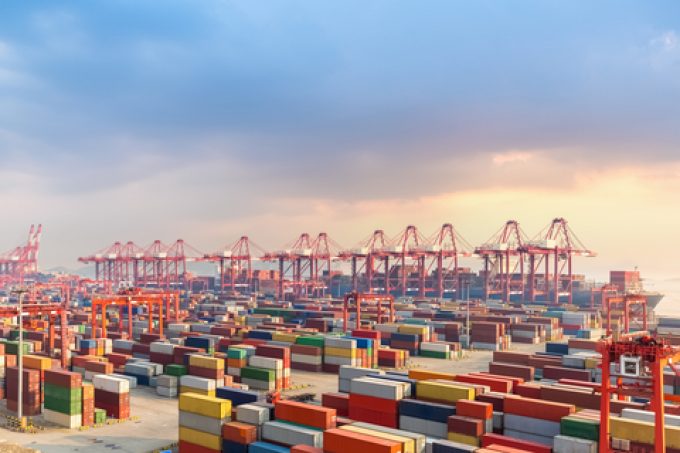 Manufacturing and cargo transport in Shanghai is expected to grind to a halt this week, as China doubles-down on its zero-Covid policy and plunges the city into lockdown.

Local authorities announced yesterday it would happen in two stages over the next nine days, starting with the eastern side of the city from 5am today.

This includes Pudong, and forwarders said they expected factories to suspend manufacturing, while transport to-and-from the airport and container terminals would be severely limited.

Thomas Gronen, head of Greater China at Fibs Logistics, said it would be “nearly impossible” to access Shanghai Pudong Airport (PVG), Yangshan and Waigaoqiao container ports and any surrounding warehouses.

“We are seeing major trucking bottlenecks and restrictions not only in Shanghai, but in other cities too,” he told The Loadstar.

“For ocean freight shipments over the next nine days, we are recommending clients use Ningbo port, especially for LCL shipments that need to go through a CFS.

“PVG airport is still operating as normal – PVG and most co-loaders recalled part of their staff to stay at the airport. However, magnetic inspection service will be stopped until 1 April.”

Furthermore, Mr Gronen warned, the lockdown may well be extended beyond 5 April if more Covid cases are uncovered. The current spike is apparently the highest since the virus emerged in Wuhan two years ago, leaving question marks over the long-term viability of Beijing’s strict virus control policies.

Vespucci Maritime’s Lars Jensen pointed out that the disruption comes on top of the Shenzhen fallout from the last few weeks. The South China city is still facing issues, including limitations for cross-border trucking with Hong Kong.

Mr Gronen said other parts of China were also suffering cargo disruption due to Covid restrictions. In Beijing, for example, the time limit for trucks from other regions to enter the capital has been extended.

“Due to the reduction of market demand, some airlines have reduced their flight capacity, and we expect the air rates ex-Beijing to rise this week,” he added.