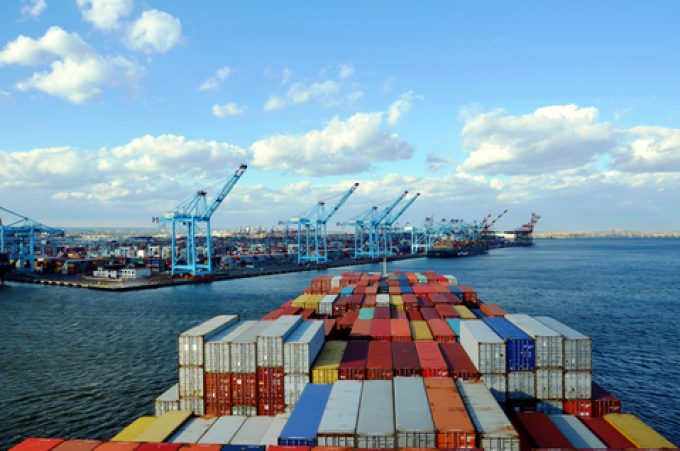 Container shipping costs and service levels are at risk of spiralling out of control, according to Drewry.

As well as a massive withdrawal of capacity since the start of the Covid-19 crisis – 468 blanked departures on east-west trades – the analyst said schedule reliability had been “extremely low”.

“In the first half of the year, fewer than two out of three vessels arrived within 24-hours of their ETA,” said Philip Damas, head of Drewry Supply Chain Advisors.

“To make matters worse, this is using a measurement which is fairly lenient, because we are setting the ETA at the time of the ship’s departure, by when the carriers should have a good indication of their schedules,” he added.

The blanked sailings and poor reliability naturally resulted in widespread rollovers, said Mr Damas who noted that a Drewry survey of shipper clients had revealed 83% of them had seen cargo rolled.

“It caused significant operational problems for shippers and forwarders; reworking or re-booking the shipment, making a lot of contacts and phone calls and wasting a lot of time working late hours. Many shippers today do not receive good data from carriers on rollovers, or they are not able to measure rollovers using internal systems.

“So our view is that rollovers are a key issue which has been exposed by the recent crisis – this is the new reality of a much more concentrated marketplace in which shipping lines have more power,” he said.

There has also been a notable increase in carriers offering no-roll premiums, which Mr Damas said was needed, but they were really just “offering a normal service at premium prices”.

The root cause of these service level problems is the number of transport crises, Mr Damas believes, noting the increasing frequency of incidents such as the US port strikes, Hanjin bankruptcy, Maersk cyber attack and now Covid lockdowns and Beirut port explosion.

“So shippers and forwarders should plan for continued disruptions,” he added.

There are widespread cost implications from this year’s container shipping disruptions, too, not least an increase in freight rates.

According to Drewry senior advisor Stijn Rubens, the average freight rate on the Asia-Europe trade between January and August increased 15% year on year, to $1,798 per feu. However, after factoring in other freight costs, such as finance, detention and demurrage, and booking processing, the overall increase was $432, up 16% at $3,115 per feu.

“The indirect cost implications could be multitudes of that,” said Mr Rubens, “from costs related to missed sales opportunities, safety stock levels, customer satisfaction and retention and internal stakeholders.

“In our view, unless you are really in control of your shipments, and that obviously starts with visibility, then there is a real risk of cost and service levels spiralling out of control.

“Therfore, it’s very important to actively measure your carriers, not just via the EDI data they may send you, but to measure them yourself and benchmark their performance against the market.”

Warning to air charterers: phantom freighter scams on the rise

The dearth of air freight capacity has led to an increasing number of offers for ...

'We're sold out' says ONE, but we all face new hurdles in 'this incredible year'

Shippers must become more accurate with their forecasting, say forwarders, particularly when it comes to ...

Things just got worse for South Africa’s perishables exporters: just as they were gearing up ...

Continued lack of airfreight capacity has created a 'battlefield' for forwarders

Shippers should expect to pay “bullish” carriers higher freight rates next contract season. According to Ludwig ...