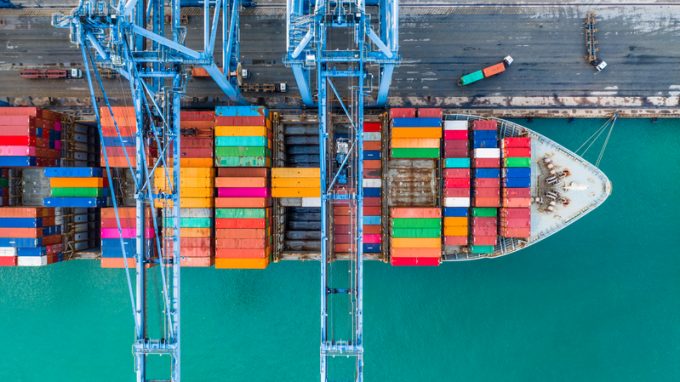 The EU should end the block exemption against forming consortia the liner shipping industry currently enjoys, says a new report from the OECD-funded International Transport Forum.

In September, the European Commission reopened its investigation into the block exemption which allows carriers to operate alliances on trades that serve the EU.

Brought into law in 2010 – following the EU’s decision to outlaw the conference system that allowed shipping lines to jointly set freight rates – the Maritime Consortia Block Exemption Regulation has enabled carriers to jointly run services and manage capacity on those services – in effect, paving the way for today’s deepsea alliance structure.

It is due to expire on 25 April 2020, and the EC has called on carriers, shippers, forwarders, ports for their opinions.

It wants “views from stakeholders to assist the commission’s assessment of the impact and relevance of the Consortia Block Exemption Regulation, and to provide evidence for determining whether it should be left to expire or prolonged, and if so, under which conditions”.

It further argues that the dominance of alliances on the deepsea east-west trades has created “a dangerous instability in the industry”, because changes in one can have major effects on the entire industry, while serving sectors, such as ports, feeder operators and hauliers, have been left vulnerable to the bigger buying power of alliances (opposed to carriers on their own), which the authors term “destructive”.

“In light of the longer-term trend toward the removal of block exemptions in the shipping industry, the EC should carefully consider allowing the EU Consortia Block Exemption Regulation to expire in April 2020, as currently scheduled, rather than extending it.

“A repeal of block exemptions is unlikely to result in the termination of current and future alliances, as these could still be authorised under competition law on a case by case basis.

“However, it would ensure greater scrutiny of individual alliances and thus more effectively deter any anticompetitive conduct in the sector. In order to maintain legal certainty, the European Commission could provide temporary guidelines on how to treat liner shipping in EU antitrust law.”

The report recommends: “If the block exemption is extended, its scope should be limited, in particular by introducing a provision to consult maritime transport stakeholders and by excluding joint purchasing by alliances.”

Speaking to The Loadstar on the sidelines of the recent TIACA event in Toronto, Global Shippers Forum secretary general James Hookham described the block exemption as a “legacy”, and argued that, as lines developed ancillary services through vertical integration, it had become outdated.

“The EU is still working on the problem of the block exemption. It is a 20th century problem, a legacy of the past. I don’t think the EU has started to get its head around it.

“Where the EC has to take a view is of dominant forces in the market. Block exemption is only for container liner services, not for all the other services they increasingly do, and that’s when you expect the commission to block further acquisitions.

“Give it two years and we will have a very different shaped market,” he said.

However, the ITF proposal was criticised by liner group the World Shipping Council, which claimed the report confuses alliances with vessel-sharing agreements.

“The fact that the ITF paper calls for repeal of the EU consortia regulation, based on a discussion of alliances that do not fall within that regulation, while the paper ignores the vessel sharing arrangements that do fall within the regulation, makes the work ill-suited to the task for which it was apparently designed,” the WC said.