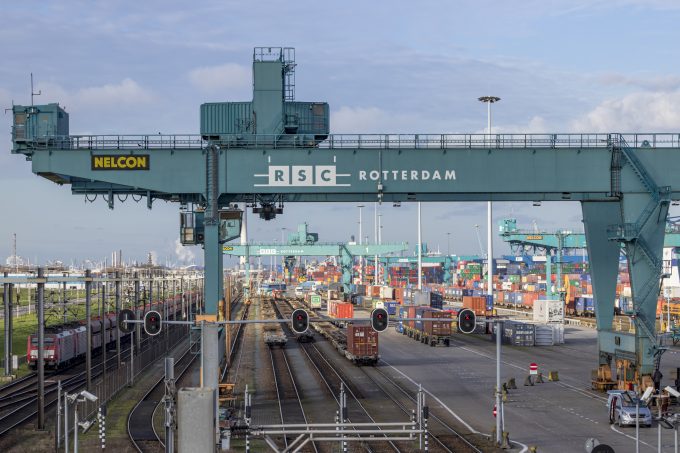 Congestion in China is again taking its toll on the inland market.

“Also in Rotterdam, APM Terminals’ Maasvlakte II will not take DG containers until further notice. This affects all modes. We hope for your understanding of any delays that may occur because of this situation.”

Although APM and EMX did not respond to requests for comment, one source told The Loadstar: “I can only assume the measures have been imposed because APMT reached its authorised capacity for IMO-classified goods, and EMX – like most European terminals – has reached its maximum intake on empties.

“With storage space full, I can’t see them allowing intermodal deliveries until they first clear their export stacks to ocean connections.”

Another source told The Loadstar barge users were facing up to delays of around 57 hours for inland services, and with many pointing to the delays in China as the cause, there was no expectation of a quick fix.

Latest reports suggest problems at the port of Ningbo-Zhoushan, which has entered a seventh day of disruptions, were severe after the Meishan Island terminal began turning vessels away last Wednesday. However, shippers will be relieved to hear that the facility may reopen this week.

Data from project44 showed around 40 containerships were anchored near the port yesterday, with the data company noting the average number of weekly port calls to Ningbo had declined 22% from 188 vessels to 146.

A source said: “The China situation and the stress on cargo and equipment flows is creating these problems, and I suspect after the avalanche of imports into Europe and consequent urgent deliveries, the return of empties at ocean terminals must be cleared first.”

“That does not explain the situation of IMO cargo limitations and I suspect APM Terminals is still accepting containers – IMO excluded.”

Although, a shipping analyst suggested that if quays were overwhelmed with stacked empties it may explain the temporary prohibition on DG containers at its Maasvlakte, adding: “DG containers require segregation, meaning more quay capacity is needed, so, if this is short because of overwhelming numbers of empties, this would explain the ban.”

Risk management director at shipping insurer TT Club Peregrine Storrs-Fox said that, while he was unaware of this specific decision by APMT, as a “professional operator” it would be taking risk mitigation steps appropriate to continuing operations.

“It is a possibility that there is a lack of quay space because of empties piling up but empties can be stored anywhere,” Mr Storrs-Fox told The Loadstar. “There are plenty of yards around Rotterdam and I would expect terminal operators to move empties out rapidly in favour of any laden containers.”

As this story went to press, The Loadstar has been unable to ascertain any update on the likely timeframe surrounding the DG ban at Maasvlakte II or if EMX terminal was now accepting empties.

The shipping analyst added: “The decision will likely be last-minute, based on allocation limits.”

For shippers, the news adds to woes that have plagued Europe’s intermodal services through the summer, including rising concerns surrounding the worldwide driver shortage and last month’s floods limiting access to truck and rail alternatives.

Meanwhile, Hapag-Lloyd is advising customers that while services affected by the floods are “slowly starting to work again”, the key issue is transporting the backlog of bookings.