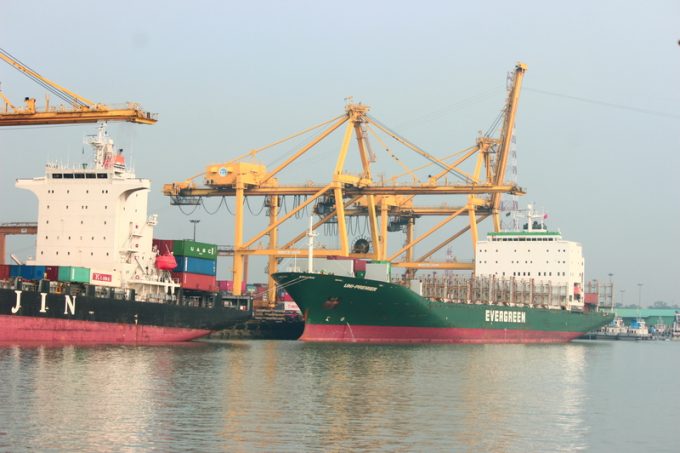 The port’s original handling capacity was 1.7m teu, which has gradually improved through adding equipment and terminals.

Chittagong Port Authority (CPA) member Zafar Alam told The Loadstar transport of goods to and from the port has been almost entirely dependent on roads: about 93% of containers went to Dhaka by road, 5% by train and 2% by waterways.

“But the dependency on roads will be cut significantly when the Dhaka-Chittagong dual railtrack comes online this year, said Mr Alam.

In late December, the executive committee of the National Economic Council, chaired by prime minister Sheikh Hasina, approved setting up another inland container and bulk terminal in Narayanganj, a Dhaka suburb, at a cost of $47m.

Mr Alam said there had also been some private investment in ships, which would help increase the transport of domestic containers by waterways.

“Most of countries try to reduce pressure on roads and use waterways to carry goods, something we intend to promote,” he said.

According to port officials, this year the port will acquire four more quay gantry cranes, 11 rubber-tyred gantry cranes and 27 straddle carriers from Europe at a cost of some $107m.

Rear Admiral Aziz said around 52% of the construction work on Patenga Container Terminal near Chittagong port was complete, and it would be ready this year for handling containers. The terminal will have capacity for almost half a million teu a year in its 600-metre long jetties, where three container vessels and one oil tanker will be able to berth at any one time.

He also said work was under way on Bay Terminal, which will house a 1,500 metre multipurpose terminal and two container terminals of 1,225 metres and 830 metres, expected to be in operation by 2025.

The shipping industry is on full alert following the death of a crew member on ...