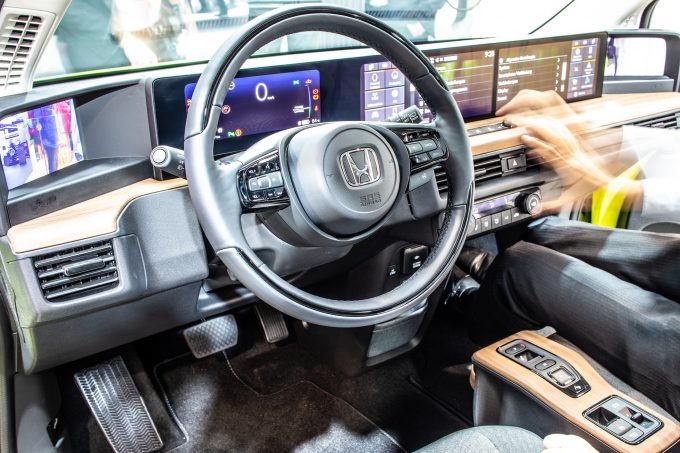 General Motors (GM) announced on Friday it would shut down production at most of its plants in North America for a week or two, starting today.

September is going to be a dismal month for large auto manufacturers hamstrung by a shortage of semiconductors, and GM is idling four factories in the US, three in Mexico and one in Canada.

Only a small number of its plants remain operational, and those produce some of the company’s most profitable SUVs, pick-up trucks and sports cars.

And the chip shortage is forcing massive cuts at Toyota. The world’s largest carmaker is scaling back output at 14 plants this month, slashing production by 360,000 vehicles. Management expects a reduction in output of at least 40% this month and next in Japan and North America.

Shortages of semiconductors have plagued auto makers for months. In August, GM suspended production of several truck lines, only a week after a shutdown in July, and Ford, Toyota, Nissan, Mazda and Stellantis (formerly Fiat-Chrysler) were forced to close plants temporarily last month. Back in April, OEMs including Jaguar, Volvo, Mitsubishi, Honda and BMW had to cut production.

The fundamental problem is a worldwide shortage of semiconductors, as production cannot meet rampant demand, and the auto industry was particularly hard hit because chip makers had shifted output to the buoyant electronics sector last year, when demand for new cars fell. Now the auto industry’s demand for semiconductors is going through the roof as it moves to electric and autonomous vehicles.

Recent outbreaks of Covid-19 in Asia have exacerbated the problems. This has hit chip production in South-east Asia, but carmakers have also suffered from its effects on logistics. In late August, Mazda stopped production at two factories in Japan because of the disruption to cargo flights out of Shanghai due to a virus outbreak there.

Extended transit times are adding to the challenges. Auto parts producers in Pakistan reported that the time to ship freight from Qingdao to their facilities has stretched from 25 days to 60, while transit times from Thailand have gone from 12 days to 35.

And auto manufacturers are resigning themselves to the prospect of ongoing disruption. GM CEO Mary Barra warned that “we’ll continue to see an impact this year, and it will have a tail into next year”, and some pundits and at least one chip maker have predicted the chip shortage to run into next year, possibly even into 2023.

On 1 September, Tesla boss Elon Musk indicated that the company’s Roadster sports car, expected to be launched next year, would not enter the market before 2023.

The problems are hitting OEM bottom lines. Ford estimated in April it would produce 1.1 million fewer vehicles than planned this year. It reckoned the chip shortage would hit its earnings to the tune of $2.5bn. Profit in the second quarter was down 50%, largely due to this.

But supply chains are also part of the problem. In an interview with CNBC last month, Harald Kroeger, a Bosch board member, said the industry’s semiconductor supply chains were no longer fit for the purpose. He urged carmakers to get together with their chip suppliers to figure out how the supply chain could be improved.

Deloitte sees a need for improved visibility and data flow and suggests carmakers should share long- and short-term forecasts with their suppliers and try to ensure the entire supply chain is operating off the same synchronised demand signals.

SA: Ford – is the auto industry the next domino to fall?

SEEKING ALPHA‘s Cavenagh Research writes: Summary – Ford shares dropped by as much as 10% in early hours ...

On the wires: How Amazon gets under your (logistics) skin

The chips stay down for carmakers, with no open road in sight

Shareholders in Toyota had little room for cheer last month, as the world’s largest automaker ...